There seems to be a lot of pressure out there to pump out manuscripts and send them off to submissionland. If we’re not writing 150 bestsellers a year then we think we’re not writing fast enough. If Mary Sue down the street has submitted ten times in the last month and we haven't, then there’s something wrong with us. So, we take courses on how to write faster, better and in our sleep. We read books on how to write a book in a year, a month and 3.3 seconds.

Actually, some of those courses and books are quite good. But my point is that if you’re feeling anxious about the number of words you did or didn’t write yesterday you're not alone, you've fallen into the Writer’s Productivity Trap. 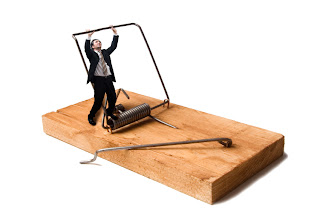 The problem with WPT is that it can result in an inability to write at all. Something that had once been your passion is suddenly so pressure packed that you’d much rather clean the toilet, iron your bedsheets or even paint your neighbour’s house. It’s human nature to avoid scary things, so don’t take this as the ultimate sign that you’re just not supposed to be a writer.

Donald Maass divides writers into two categories: storytellers and status seekers. What’s really interesting is that while you may start off a storyteller it can be easy, under the pressure of the industry, to start adopting status seeker traits.

So what is a storyteller and what is a status seeker? Donald Maass identifies that a storyteller's focus is on their story and making that story the best it can be by developing their craft. While they may be bewildered by some rejections they also recognize that something is missing from their writing and resolve to do something about it.

Status seekers, on the other hand, tend to live by the motto “get it in the mail, keep it in the mail”. They want to know how they can make their manuscripts acceptable and tend to be obsessed with promotion e.g. “Why throw money at authors who are already best-sellers? How am I supposed to grow if my publisher doesn’t spend some bucks pushing me?”

In contrast, Maass identifies that a status seeker will rush to send him “the first fifty pages and an outline a few months after the workshop” whilst a storyteller won’t show him their novels again for up to a year or more and certainly after several new drafts.

There will undoubtedly be status seekers in the industry with the sole intention of achieving the same sort of “glory” that JK Rowling did but there’s very little chance of that because they’ll be missing the key ingredient that inspires that sort of success and that is passion. 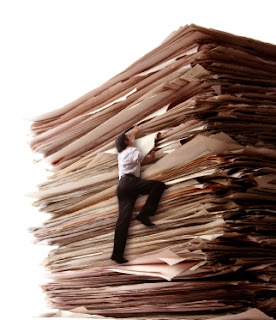 It makes sense that a storyteller, when exposed to the likes of social media and the productivity (whether real or imagined) of others could start to adopt the traits of status seekers. Suddenly there is enormous pressure to submit that partial in the shortest time possible, to always have something submitted, to churn out manuscripts. And it can happen in gradual way so that you don’t even know you’ve gone over the dark side.

We’re not in this to write the most books in history. We’re in it to write a story that no one will ever forget.

The speed you write at is perfect for the next international bestseller.

You can find The Fire in Fiction by Donald Maass at:

I LOVED this post - feels VERY relevant to me at the moment. I'm trying to remember that I haven't got a whole load of time (with motherhood and the day job) and that I shouldn't put myself down for only writing what I can. So is this book worth buying then?
x
Rach!

I'm glad you liked it. I think you're doing so well balancing life with your writing. Would you believe that storytellers vs status seekers is just one part of the introduction to the book? I haven't finished it yet, but I'm really enjoying it. And I can honestly say I'd have purchased it just for that introduction. It really puts things in perspective and takes the pressure off.

I agree Rachel, I have a part-time job, and have been writing as much as I can. Life is short and while I love to write, I have family, friends and a big world out there to be a part of.

It's always quality not quantity for me.

Ooh, I think I need to read this. But it's got me thinking... I'd like to say I'm a storyteller, because it sounds so noble, but I think in all honesty I might be a status seeker. Oh dear.

This is a trap I fall into on a regular basis - and yes, it does result in zero productivity. Thank you for this great post, Lacey - I now have that book on order.

I LOVE this post. This is exactly how I'm feeling. Everyone around me seems to be able to write so fast - and I can't. I have Donald Maass's book but haven't read it yet but I will definitely start reading it today.

But your post does strike something in me as well, thank you!

Oh no, as a Leo diva I have an awful feeling I am more status seeker at the moment because I have this desire to *always* have something out there under consideration. Time for an attitude adjustment for me I think.

Thanks so much, Lacey, really thought provoking!