While Jo C is the rugby fan among the Minxes, Maya and I share a passion for F1. Since I had to miss the last two races due to work, I'm going to make up for it by getting my fix here on the Minxes blog. All month long you'll have an excuse to view some of the eye candy currently lighting up the motor racing circuit, but please don't forget to stop drooling long enough to vote.

Since the hottest drivers (IMO) are also the front-runners in this year's championship, I'm featuring the top six here in their current championship ordes - with one back-runner thrown in for luck. 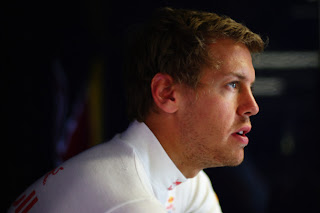 Leading the current season is Sebastian Vettel. The boy next door, though from where I'm standing, he's a tad on the young side. 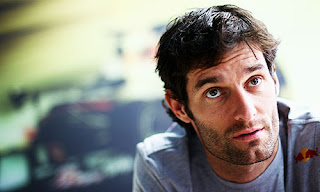 Next up is more my style ... Mark Webber. And it's not just an age thing!

In third place is Brit Lewis Hamilton, sadly without a hope in hell of challenging the German for a championship win this year. 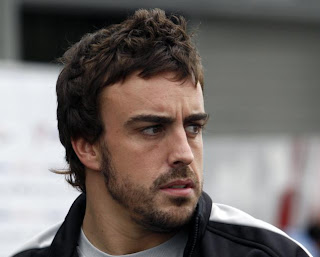 A few years ago Fernando Alonso was the pretty boy of F1. He's maturing rather nicely, don't you think?

Jenson Button burst onto the scene in his debut year, and I'm so pleased that he's still hanging in there and hasn't disappeared into obscurity like a certain Canadian who was the F1 pin-up at the time. 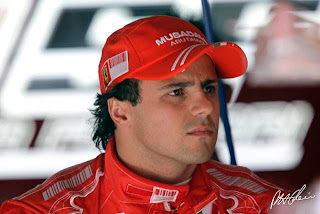 In sixth place is the second Ferrari driver, Felipe Massa. 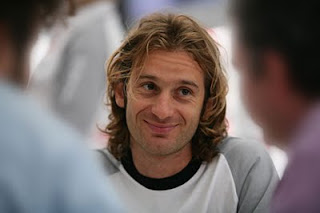 And finally, since the Italians have contributed so much to F1, here's the Italian contender for hottie of the month: Jarno Trulli, now also a wine-maker in the Abruzzo region. Now tell me that isn't the stuff heroes are made of ...

Email ThisBlogThis!Share to TwitterShare to FacebookShare to Pinterest
Labels: Formula One, Man of the Month poll, Poll, Romy Minx

I've gone for Alonso - nearly Vettel as he was on Top Gear the other day and is good fun as well as easy on the eye, but as you say Romy, a bit on the young side.
Sorry to say I find Hamilton as dull as dishwater, but am in total agreement that Mr. Alonso is maturing like a fine wine. :o)
I'm happy to say I gave that my full consideration!

I hadn't realised there was so much ... um ... talent in F1. Could I be converted? Looks at F1 clothing and to the muscular thighed rugby boys ... not quite ;-]