No - not necessarily series romance, but instead a group of linked stories. I've always been a great fan of stories that have a common thread through them, most especially in the crime genre. I love the Nora Roberts In Death series, the Patricia Cornwell stories about Scarpetta, and heck, I even loved the Secret Seven... 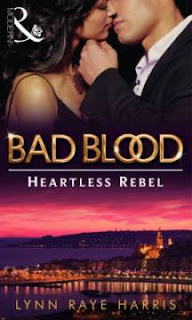 But what I'm talking about are romance series. I've recently been reading the Bad Blood series from Mills and Boon, featuring the seven Wolfe brothers, and one Wolfe sister. I'm glad to say I've only touched on this series (2 books) which leaves lots more Wolfe's to be discovered, and I intend picking up the rest from the Mills and Boon site before they disappear forever. Written by a group that includes some of my favourite Mills and Boon authors, I love the fact that they have a shared horrible childhood, all of which has affected them in different ways, due to their ages and position in the family ranking order. I started with Heartless Rebel, by Lynn Raye Harris, which is Jack's story, which I picked off the shelf in the supermarket and loved so much that I accidently bought it twice... The mention of Annabelle, Jack's only sister, was so compelling the moment I saw her book, Forgotten Daughter by Jennie Lucas I shoved my way through the crowd at Tesco to snaffoo the last one. I wasn't disappointed, Forgotten Daughter is one of the best Mills and Boon's I've read for ages, really angsty and steamy, with a hero to die for (although, I don't think I'm guilty of spoilers by saying no-one does, actually die for him that is). 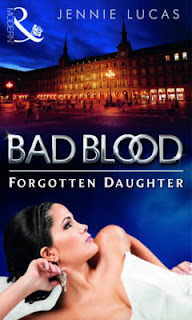 My next book is a series of sorts, in that it is part of a series set within a small town in California. But I find myself as a writer more and more seduced by the idea of writing a series of books featuring a group of people who are either related, or very close friends or colleagues. Once a world has been created-it seems only right to hang around there for a while, experience it more than once, and explore the characters within in more details.

I'm addicted to the Bad Blood series too, Sally! The Tortured Rake by Sarah Morgan got me completely hooked. I'm really looking forward to Annabelle's story.

I loved Nathaniel and Katie and will move onto the next one- i think Caitlin Crews's Playboy...

I was so excited to see that Kate Hewitt wrote the last one in the series, especially as I love love Kate's books and Jacob has got to be the most tortured one of them all.....

I know what you mean Sally, I reckon Jilly Cooper is the queen of creating worlds it's fun to go back and revisit. I never bore of Rupert!

I agree, Sally, there's something about a very well-written series that just blows me away and the Wolfe series is definitely one of them. Nathaniel's story just made me go "wow" and Irreverent Lucas has made me gasp more than once, heh!

Another series I'm completely hooked on is Nalini Singh's Psy/Changeling books. Incredible, just incredible. If only I had all the time in the world to just read... *sigh*