For something a little different, we have a literary theme for this month’s hotties: all of them have been in Jane Austen films.

When I started researching this post I’ll admit my first thought was “What was I thinking? There’s a shortage of good looking men in the Austen films”.
Boy was I wrong!

An image search proved there are a whole bunch of great looking men in the various adaptations, but since I figured ten hotties was about as much as one poll could take, I’ve left out a few, including the rather more obvious choices. If your favourite isn’t here, feel free to tell us about it in the comments section. And please still vote!

First up is the other Mr Darcy, Matthew MacFadyen (Pride and Prejudice, 2005).


Next up is Jonny Lee Miller who has played not one, but two, Austen heroes: Edmund Bertram (Mansfield Park, 1999) and Mr Knightley (Emma, 2009)

From the same version of Mansfield Park is Alessandro Nivola, the lone American in this poll.

And also from the 1999 Mansfield Park, James Purefoy, who played Tom Bertram.

The role of Frank Churchill in Emma has been played by numerous actors. among them Rupert Evans (2009).

I know a few Minxes who’ll be voting for the next hottie: Rupert Penry-Jones, who played Captain Wentworth (Persuasion, 2007)


And finally, from the must-see Bollywood version of Jane Austen, Bride and Prejudice, is Daniel Gillies, who played Wickham (now to be seen on TV screens everywhere as the villain in my favourite TV series). 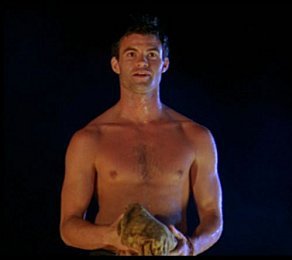 Voted! It has to be James Purefoy. There's just something about him...

That's quite a bunch of Regency rakes you have there! The Bollywood one gets my vote!

Me too Gaelikaa! Just google 'Bride and Prejudice' images and all thos ebright, happy pictures can't help but put a smile on your face. And then, of course, there's something about a hot man without a shirt ...

Colin, all the way. No other man has ever looked as good wet and dripping from a must-swim-off-sexual-frustration dip than Colin :)

So many are so gorgeous. Matthew is my favorite out of this bunch and YES, Colin. There's just something about him that...well, he's gorgeous too.