Man of the Month Poll: The Medical Hotties

Firstly let me take this chance to say how much I've loved being a Minx for the last year and how much I love all of my fellow Minxes. It's been a wonderful year and I feel so blessed for us all to be walking this publishing journey together. We'll get there, one by one, step by step, because we have the determination and drive needed.
Thanks so much to the Minxes for letting me do this totally self indulgent post about the favourite men in my life (apart from my wonderful sons, of course!) -- the medical hotties! 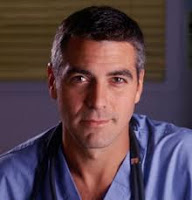 First up is Dr Doug Ross from ER, probably the first doctor I ever lusted after!! 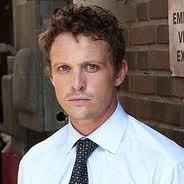 Next is Dr Simon Brenner, also from ER but a doctor who was " late to the party" in that he appeared in the final series of the show. He had a haunted backstory and an accent to die for (Aussie!)

Next is Dr Alex Karev from Grey's Anatomy, another man with such a sad background it cannot help but raise all the protective feminine instincts I have. It also doesn't hurt that he has a habit of stripping off a fair bit :-)

Clearly I like my men tortured as next up is Dr Luca Kovac from ER (oh and sexy accents, too, of course!). 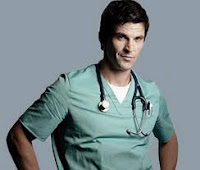 Next is one of the stars of the longest running medical show ever, the UK's Casualty. On the left is Dr Adam Trueman. Surprisingly enough (!) his character has really been through some hard times. 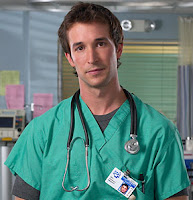 Dr Carter, from ER, took a while to grow into himself but although he came from a very privileged background he ended up a very talented (and delicious!) doctor.

Next is Dr Avery Jackson from Grey's Anatomy, probably the man with the prettiest eyes in the whole of television history (ok, so maybe I'm getting a little carried away here--but those eyes are amazing!). 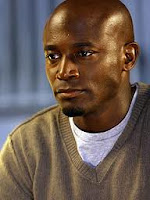 On the right is Dr Sam Bennett, starring in Private Practice. Those who watch the show will know he has recently become televisions sexiest grandfather :-) I love that his flaws don't take away from the strength of his character. 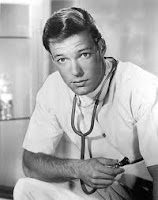 Finally, because we seem to have a Minxy tradition of having a hottie that appeals to ladies of all ages we have Richard Chamberlain as Dr Kildare.
Posted by Joanne Coles at 5/06/2011 06:00:00 AM

Email ThisBlogThis!Share to TwitterShare to FacebookShare to Pinterest
Labels: Man of the Month poll, medical hotties

Since you included my favourite Dr Sam Bennett from Private Practice, I just had to tweet your post! i love him...and his love for his ex!

Golly, so many fabulous choices, I think I'll have to mull them over before I choose... Great post medical minx! (well, one of them anyway)

Mc Dreamy and Mc Steamy Joanne! Where are they????? Never mind, voted for delicious Doug!

Another vote for the missing McDreamy here! Patrick Dempsey...mmmmmm....based a hero on him.

Though I've based a hero on the guy who plays Dr Kovac, too. Yum.

I've never seen Dr Bennett, and will happily borrow him to help me nurse the sickies in my house today...thanks for offering, Joanne!

Thanks for the tweet, Nas! Yes, Dr Bennett is truly delicious. Although he seems to be missing, I wonder where he's got to ;-)

Have you finished mulling, Sally? Don't be drooling on my men!!

Heh, Scarlet, the power of having control of the blog got to me a little and I chose all my own favourites. I'm in much trouble over on Twitter for those I've missed out!

Ah you must watch Dr Bennett, Julie, he has a lovely bedside manner ;-)

It was always Dr Luca for me, with Clooney a close second :o)

Have we done a favourite vampire month yet? I've just found out Colin Farrell's latest film is going to have him being one...
Still testing these docs out, Jo, haven't voted yet!

Clooney!! I swear, George Clooney is one of the sexiest men alive. What's not to love? Looks, sense of humor, and a huge advocate to those less fortunate (which includes work in Sudan, Haiti, etc). The man contracted Malaria during his trip through Sudan and joked about it during his interview on Piers Morgan Tonight. LOL, not many would be able to find the humor in that.

Good choice, Karen, Luca is one of my faves too :-)

The doctors are enjoying you testing them out, Sally, although they are all getting a little tired now apparently ;-) Why can't Colin Farrell have an appearance on Casualty? That would really boost their ratings. I love that man!

George is looking a little rumpled, Aimee, what on earth have you been doing with him?! But yes, I agree, not only is he a very sexy man but made better by his humanitarian work. All I need now is to see him cuddling his newborn baby, I love seeing men who love their children and I think he'd be a fab dad :-)