Man of the Month Poll: The Scottish Hotties

Before you feast your eyes on this month's picks, we need to announce the winner of our Welsh Hotties. Due to some last minute pleading for votes by Romy Minx, Timothy Dalton was beaten out (just!!) by Ioan Gruffudd who topped the poll. Given the mature vote is proving very popular, we have another in this month's poll :-)

As resident Sporty Minx, I was very embarrassed to discover this guy for the first time when having to do my (very) extensive and time consuming research for this post. This is Dario Franchitti, naturally of Italian descent but born in Scotland. He is a racing driver and a previous winner of Scottish Sports Personality of the Year award and could be a dark horse for winner of our Minxy poll, too :-)

Next up is Minx favourite David Tennant, the former Dr Who. According to that mine of information, Wikipedia, he will become a father in the next couple of months.

Our next offering is Ewan McGregor who, despite his immense success, is probably still best known in Britain for the cult film Trainspotting. 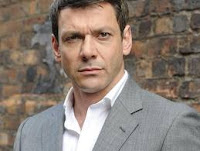 Next up is an actor who has had parts in many of Britain's best loved series including Taggart, Casualty and more recently, Coronation Street.
Gray O'Brien's character is unfortunately no more but hopefully it won't be too long until he is back on our screens :-) 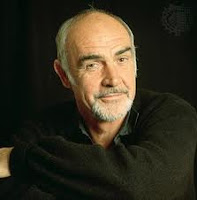 I'm not too sure what I can say about our next hottie that hasn't already
been said in the last 81 years. I was amazed when I read that. I can't believe here we are, in all honesty, offering you an 81 year old man as a hottie but how good does he *still* look? Sean Connery definitely still has it!

Paul McGillion is another actor, best known for his role in Stargate Atlantis. This is another Scottish hottie new to me. Never before have I been more grateful for the beauty of research :-) 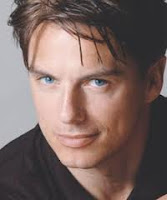 Last but more definitely not least we have another Minx favourite, John Barrowman. I must say, I thought his short appearance in Desperate Housewives
was fab. I'm hoping against all hope that he somehow survived the explosion because I really loved his character. Gotta love a good looking villain.

So, what are you waiting for? Find the poll on the right hand side bar and get voting for your favourite Scottish Hottie. We're looking forward to seeing who will win the poll at the end of this month :-)

Email ThisBlogThis!Share to TwitterShare to FacebookShare to Pinterest
Labels: Man of the Month poll, Scottish Hotties

Oooh la la, good choices. I have to give it to Sean. He looks amazing.

Can we have an addendum? James McAvoy, Gerard Butler (he doesn't float my boat, but is one of the main hollywood scottish actors at the moment) and Sean Biggerstaff (he was the quidditch captain in first couple of HP movies).

James McAvoy was in the original line up but I could only fit so many lovely hotties in!! I even deleted my own footballer nomination!!

I see the mature vote is doing well again :-)

You deleted James McAvoy!!!! Have you not seen Wanted, those abs...
Actually my favourite movies from him is a small one he made in Ireland 'Inside I'm Dancing', its an amazing performance by him...
tut tut.. you left in a random stargater and left out James... ;-)

I wonder WHO gets my vote? Its DT!! woohoo!!

Although I must admit to a slight crush on another man from Paisley who's not in the poll G. Butler....

Oh dear ... mutiny in the ranks!! Actually, I can't believe I left Gerard out either *smacks own hand*.