Waking up in Vegas - meet Phoenix

Last week you got to meet Max, the hero of Waking up in Vegas, over on Aimee Duffy's blog. Today it's Phoenix's turn. 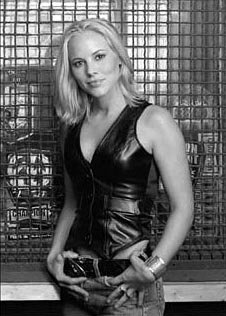 My heroine was modelled on bar owner Lil in the movie Coyote Ugly, played by Maria Bello. A strong, take-no-prisoners kind of woman, Phoenix is tough as nails, completely unsentimental, but hides a wounded heart beneath all the attitude.

Raised by a musician dad, she's never lived in one place very long, and she's seen and done some interesting things along the way. Suburbia, with the white picket fence, SUV and 2.4 children, is her idea of hell on earth - so finding herself married to a man who believes in Happy Ever Afters has to be up there at #1 on her Not To Do List.

If Max hadn't come into her life, I imagine Phoenix would have ended up exactly like Lil - running her own bar and kicking ass.

Writing Phoenix was huge fun. She's nothing at all like me, but there's definitely a part of me that admires her and wants to be like her. 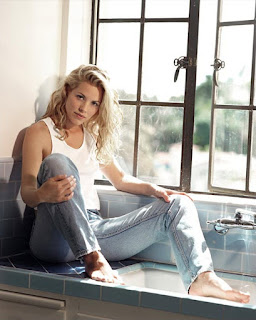 I'm going to leave you with one piece of trivia about Phoenix that didn't make the final draft of Waking up in Vegas: she has a tattoo of a phoenix on her lower back.

Waking up in Vegas is available now from Amazon, Amazon UK, Barnes & Noble, Kobo and All Romance eBooks. 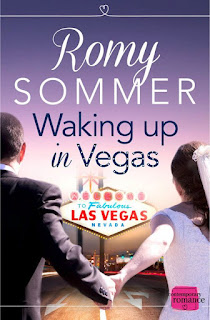 What happens in Vegas…
Waking up to the bright lights of Vegas in an unfamiliar penthouse suite, cocktail waitress Phoenix Montgomery finds she’s covered from head to foot in gold glitter and not alone – aside from the empty bottle of champagne, there’s a mystery man in the shower and a huge sparkly ring on her finger!

Stays in Vegas?
There’s no denying Max Waldburg’s demi-god sex appeal but commitment-phobic Phoenix doesn’t do relationships. Only it seems her new husband (agh!) has other ideas…he’s trying to keep that ring on her finger and his wife firmly back in his bed. The only question on her lips is – why? Or maybe, why not?
Posted by Romy Sommer at 5/13/2013 10:00:00 AM

I love Lil, and really excited to read this now! Great post Romy.

Oh, I didn't know that about Phoenix, that she was inspired by Lil, but now you say it, I can see that they are very similar types. Love this book!

I don't know that actress/character but Phoenix sounds great!