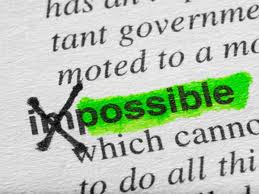 I’ve come across this word a lot in the past few months. The first was in a TV ad that ended with… “Impossible…that just two letters too long.” (paraphrasing)

The advert itself wasn’t impressive but I kinda liked the actor narrating it so, well…ahem!

Anyway, I returned from holiday two days ago, and amongst the seriously fun things I did (the Harry Potter ride at Universal Orlando is the BEST. RIDE. EVAH…just saying), was to give in to my nerdy hubby’s need to indulge his inner astronaut. We visited the Kennedy Space Centre last Wednesday. And although it wasn’t quite Harry Potter Ride standard, I was completely blown away.

The very concept blows my mind. But it wasn’t until I was watching an IMAX presentation of how the Interantional Space Station is being built that I felt the monster goose bumps. This incredible feat is happening right now, as you read this, hundreds of miles straight up in space, by human beings just like you and me. 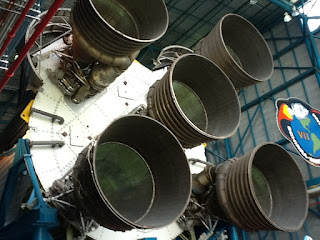 And they’re doing it because the word IMPOSSIBLE just doesn’t feature in their vocabulary.

One astronaut even went as far as to suggest the word be struck from the dictionary; that we shouldn’t think about the word, or let our children know that word exists.

Because nothing is impossible if you set your mind to it.

So, it’s with that firmly at the front of my mind that I’m tackling my revisions. If a lady astronaut can (in her spare time) build a robot that’ll teach itself to think of new tasks, on a space station, because she’s bored (!!!), then I sure as heck can tackle difficult characters who are keeping their true conflict from me.

Love this post, Maya! I think we should strike it from the dictionary :)

Sounds like the perfect lesson to learn before revisions, Maya! Will take it onboard as I tackle new story...

Thanks for such an inspiring post May, and best wishes for the revisions.

I love this post, I am all for striking it from the dictionary too.