Where are they now?

I've just discovered that the late 80s TV series 21 Jump Street has been made into a movie (or rather a sequel). I loved the original TV show - though I was of course very young when it aired ;-)

We all know what happened to the career of the show's main asset, but it made me wonder where the rest of the cast are now. A little Google searching revealed some interesting tidbits that I thought I'd share with you. 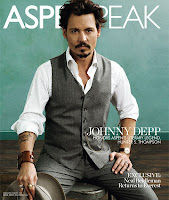 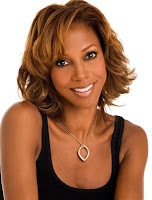 After 21 Jump Street, Holly continued a successful run on TV with the sitcoms Hangin' with Mr Cooper and For Your Love. More recently, she co-hosted the CBS talk show The Talk. But Holly's most interesting achievements have happened off camera. Before 21 Jump Street she attended the prestigious Sarah Lawrence College and spent a year at the Sorbonne. In 1995 she married football quarterback Rodney Peete, and they have four children, one of whom is autistic. She sings and writes. Her woman's guide to pro football, Get your own Damn Beer was released in 2005 and her 2008 book about Parkinson's disease, Proud Hands, is a tribute to her father. In 2010 she released a childen's book, My Brother Charlie, co-written with her daughter Ryan and author Denene Millner. 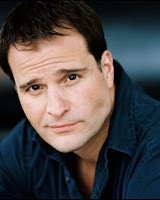 Peter de Luise as Officer Doug Penhall
Son of a well known acting family, Peter got an early start, making his film debut at the age of 13. 21 Jump Street was his most prominent role in front of camera, the bulk of his on-screen career consisting of guest and supporting roles. It was on 21 Jump Street that he was first offered the chance to direct. He has since gone on to direct on many shows, including Andromeda, Stargate, Stargate: Atlantis and SGU Stargate Universe. He now produces and writes in addition to directing. 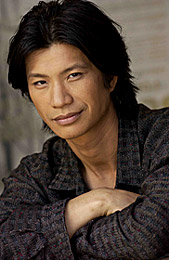 Dustin Nguyen as Officer Harry Truman Ioki
Like Holly Robinson, the most interesting moments in Dustin Nguyen's life seem to be the ones that happened off-camera. His parents were both in artistic professions, his mother an actress and dancer, his father an actor, writer and producer. Dustin was just 13 when they made a dramatic escape from Vietnam before the encroaching Viet Cong forces. They lived in refugee camps until settling in Missouri. While 21 Jump Street was pretty much the height of his career, he has an impressive list of credits. He is currently hosting, directing and producing Amazing Race Vietnam.

Steven Williams as Captain Adam Fuller
There's very little personal info out there on Steven Williams' personal life, but his career, spanning more than 30 years, has included appearances in dozens of high profile TV shows, from MacGuyver and The Dukes of Hazzard, to The X-Files, Stargate and most recently Supernatural ... hmm, I'm seeing a pattern in his more recent work.


Richard Grieco as Officer Dennis Booker
Richard Grieco arrived on 21 Jump Street in 1988 after a stint on the daytime soapie One Life to Live. With heart-throb appeal rivalling Mr Depp's, he left after just two years to star in his own spin-off, Booker. That show only ran for two years. Since then he's appeared in numerous B-movies and had a singing career, but I think most people will agree that time has been least kind to this former Calvin Klein model.


If any of our blog readers see the new movie, please leave a comment and let us know what you think (cos I don't get out much so I'll have to wait for the DVD release!)

I remember the show but I never watched it. The movie seems to be getting good reviews.

Uh, and yeah, what happened to Richard Grieco?

Oh thank you, I LOVE the post. 21 Jump Street is a firm fixture in my mememories of the 80's. I would have only been about 12, 13 maybe? It was my Friday night treat show my Mum would let me watch. All the girls at school LOVED Richard Greico. JD was pretty rad by my fave was always Mr Deluise, his sense of humour always appealed to me.

I'm not liking the previews of the film, it appears to be one of those "take-the-p!ss" comedies and while they have their time and place i'm a bit sad they chose to do it for 21 Jump Street, the program just wasnt like that and those that have never seen it may think it was lol.

Anyway, thanks heaps for the post, I always wondered :)))

I saw the movie last week. I won't give any spoilers except that it has a comedy angle that the TV series didn't have. And three of the old cast show up in the movie!