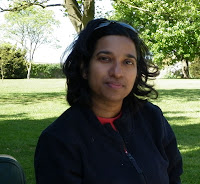 Today the Minxes welcome romantic comedy author Rhoda Baxter into the spotlight. Her latest book, Patently in Love is a Spring release from Uncial Press, and is short-listed for the RNA's Joan Hessayon award.

What is your writing process?
It differs from book to book. For Patently In Love, I started off knowing the characters and where they worked, but needed to flesh out the conflict. Once I hit on the idea of someone running away from fame, I drew up a rough outline, started at scene one and wrote right through. I tried the same approach for the next book and found it kept getting stuck. In the end, I wrote out all the scene names on post it notes and moved them around until I ended up with a slightly different storyline. Suddenly, it all started gathering momentum again. I’ve always thought of myself as a pantser, but it looks like I’m a plotter really.


Everyone who writes knows it's not easy - what methods do you use to keep at it on days when it would be so much easier to go shoe shopping?
When I’m not writing, I’m a working mum, so my writing time is precious. Once I sit down at the computer I have to either write or do promo work. If I’m honest, I spend too much time messing around on Twitter and Goodreads etc when I should be writing. It’s easier to focus on the writing once you’ve got past the saggy middle stage, because it’s a rush to get to the end. Once I get to that stage, I’m usually desperate to sit down and start typing.


It’s probably a good job I have so little time. Otherwise, I’d have too many shoes and notebooks (I love pretty notebooks).
Keeping fit: Do you have an exercise regime to counterbalance all those hours sitting at a computer?
Exercise? Ha ha ha! Oh, you’re serious. No, I don’t really have an exercise regime – it would take too much time. I have a bad back, so I have to do physiotherapy exercises every evening to avoid being in pain. This seems to keep me in reasonable shape. I think I’d be a lot thinner if I didn’t have serious chocolate habit.


Do you believe in writer's block?
I believe it exists, but I think it happens when something is wrong – for example, you’re trying to write a book that you haven’t got straight in your head, of you’re in the middle of a scene where you’re trying to make your character do something that is...well...out of character. Often the best thing to do is to go back to where you were before you got blocked, figure out what went wrong (if you can!) and rewrite.

If the block is preventing me from starting a book, then the only way I can get past it is to wade in and start writing. I usually end up having to cut out the first few chapters by the time I get to draft no 2, but if I don’t start somewhere, the book will never get written.


Have you ever used an incident from real life in a book? If so, did it get you into trouble?
I never use real people in my books, but I have been known to take a real life incident (nearly always something funny) and change it around a bit to fit into my story.
I do use real places as settings. I spent a few years working in an office near Chancery Lane, so I set Patently In Love in that area. I wrote one scene set in the The Knight’s Templar pub (which has the most spectacular Ladies loos, incidentally), but I had to cut the scene out because it was too much about the setting and not much to do with the story. Shame.


In what way is being a published writer different to how you thought it would be?
I’m not sure being published is that different to being unpublished. I thought I’d feel bigger/taller/glossier, but I still have to write and sell the next book. Being published means that real people read my books. I still find this a terrifying thought. The reviews for Patently In Love have been positive so far. I know that I’ll be devastated the first time someone says they hated it.


Promotion is no longer a dirty word. In what ways do you strive to reach more readers?
I have Twitter open on my desktop while I write. I also have a blog and a profile on Goodreads. I try not to be too pushy (self-promotion does not come naturally). I really enjoy chatting to people and making new friends, so I do that online. The only problem is that I’m only online for a short time in the evening. I’d like to be able to be more interactive.


What did you learn while writing this book?
The first book I wrote was a lot more ‘serious’ than Patently In Love. I was in the Romantic Novelists Association NWS scheme and my first report said I was trying to stifle a naturally funny voice and should write the sort of book I enjoy. I took my reader’s advice and tried to write something that made me laugh. I like dialogue, so I wrote a large part of the story in emails. I used characters that are funny and smart. In short, I wrote the sort of book that I’d like to read, rather than one that I thought would sell. I had a ton of fun writing Patently In Love and I think it shows.


What was the most fun part of writing this book?
The heroine, Jane, is running away from fame and being hounded by gossip magazines. I had to read some gossip magazines for research purposes, so that I could write extracts in a similar style. It’s probably the most fun research I’ve ever done.


And just for fun: what would your hero’s honeymoon destination of choice be?
Marsh is very aware that Jane wants to get away from the limelight, so he’d take her somewhere remote, where she can relax and not worry about being photographed. He’d probably go for a nice holiday cottage somewhere rural. Marsh is a great cook, so it’d have to be a cottage with a decent kitchen. 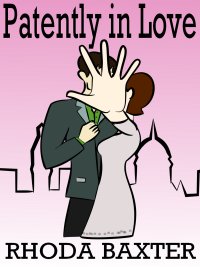 New Job, new city, new hair. No one will find her now.

After her popstar boyfriend publicly humiliates her, Jane wants to start a new life away from media scrutiny. Maybe even find a new man.

Marshall wants a partnership in his patent law firm. He just has to prove he’s totally focussed on his work. No distractions. No office romance. Unless, of course, no one knows about it.

The last thing Jane needs is to have her picture splashed on the front page of a gossip magazine. To makes matters worse, the only person who could have told the paparazzi where Jane was… is Marshall.

Patently in Love is available from Amazon and Amazon UK. All other eBook formats are also available through Uncial Press. You can find out more about Rhoda at www.rhodabaxter.com and chat with her on Twitter.

Rhoda, I really enjoyed reading that! Your answers made me laugh, and that makes me think your book will too, so I am off to amazon. :O)

Thank you for being minxy with is today, and lots of luck with the book!

Thanks Jo
I hope the book makes you laugh!

Lovely interview! Thanks for the encouragement to write what you enjoy, not what you think will sell. That definitely destroys writer's block.

Kathleen - I found I wrote so much faster and had so much more fun once I started writing funny stories. I used smaller words too.

Rhonda, I love your process, it's just like mine! I also started out a pantster, and have now added elements of plotting (usually after I've written a bit, to work out where I've gone off track). Best of luck with the Hessayon, I was a contender last year, and the whole experience was great, the people are so nice and encouraging, and nice champagne too!

Great interview! I agree about the writer's block. When I'm stuck it's usually a sign that something isn't working. Once I go back and fix it, the words usually start to flow again.

Wendy - I guess writer's block is just your subconscious kicking you...