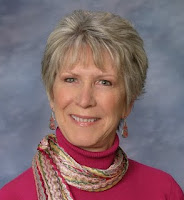 We have something a little different on the blog today. Rather than our usual author spotlight, author Lynne Marshall is talking about: Putting the Minx in your Manuscript.

Thank you, Minxes of Romance, for inviting me to guest blog today. As you can tell, I love the name of your blog, and decided to incorporate it into my topic:

The Pert and Plucky Heroines of Romance!

Who they are
• If you’ve read one or a hundred romances, you’ve probably already been introduced to a particular character type presented by Tami Cowden and cohorts named The Spunky Kid in their Sixteen Master Archetypes book Heroes & Heroines. This spirited underdog not only has to sort out her messy life, but win the guy along the way.
• These characters are the unsinkable Molly Browns of the world where “I ain’t down yet” is their mantra, and they are my favorite kind of character.

Who does them best?
• My absolute favorite author of these types of characters is Susan Elizabeth Phillips. She manages to strip her plucky heroines down to the bare bones in the beginning of her stories, force them to lose everything, leave them dangling over a cliff without a foothold, yet she still manages to bring them back to life…one step at a time, until they conquer all, including the hero, before the end of the book.
• Isabel Favor watches her self-help empire come crashing down around her in the opening pages of Breathing Room.
• Blue Bailey begins her journey wearing a beaver suit in Natural Born Charmer.
• Meg Koranda is down to her last few bucks and, as Maid of Honor, manages to ruin a perfectly planned wedding before the end of chapter one in Call Me Irresistible.

Why do we love them?
• Because we can relate to them.
• From where they’re standing, there is only one way to go – UP! These plucky, pert, minxes pick themselves up, dust themselves off, head into battle, and conquer both their lives and the most unlikely heroes. As readers, we believe every step of their paths. We cheer as they rebuild their lives and themselves into the women they were meant to be.
• When these pert and saucy underdogs conquer obstacle after obstacle, we believe we can do the same in our own lives. If they can come back from “there” (whatever major fix or disappointment they must overcome) so can we!

I like to think that both Anne Grady, the protagonist in Courting His Favorite Nurse, and Carrington Hanover from An Indiscretion, are in their own way, spunky kids. Both leave their old lives behind and build new ones, totally independent, but are forced to face their past again and finally set things straight.

Courting His Favorite Nurse:
Anne Grady knew better than anyone that love was complicated. When she’d left her hometown, she thought she was leaving her past heartbreak behind for good, as well. But practically the moment she returned to care for her injured parents, she stumbled headlong into their confidant—her first love, Jack Lightfoot.

Jack had been unable to deny his feelings for Annie when he was a teenager dating her best friend, and he certainly couldn’t muffle the spark twisting between them now—even if memories of the past kept threatening to push them apart. This time Jack wasn’t going to let history repeat itself—he was going to show Annie that the two of them were meant to be much more than best friends!

An Indiscretion:
A doctor... A nurse... An indiscretion...
Paul Valverde is stretched to the limit, caring for an elderly relative while running a business and maintaining a full-time medical practice at St. Stephen's Hospital--with no time for a relationship.
RN Carrington Hanover leaves her money-hungry fiance at the altar and moves on to a new job at St. Stephen's Hospital in Los Angeles. The next man in her life must love her, not her money.
All work and no play has made Paul an unfulfilled man, and the resurrected redheaded crush from his youth is driving him to distraction. Can their complicated past become untangled by their newfound attraction--or will their love be doomed by mistrust and long-held resentment?


WHO IS YOUR FAVORITE SPUNKY KID HEROINE AND WHY?

One commenter will win their choice of e-book or print for
Courting His Favorite Nurse, or e-book for An Indiscretion.

Courting His Favorite Nurse is available from Amazon, Amazon UK (as a Cherish book) and Harlequin. An Indiscretion is availble on Amazon and Amazon UK.

Scarlett O'Hara may have been the original spunky kidd and my all time favorite. I've only written this type of heroine once, in After All These Years. It's fun to tear your heroine down to see what she can make of herself. Great post, Lynne.

It is so nice to 'see' you here..my favorite pert, plucky heroine I loved recently would have to be MacKayla Lane from Karen Marie Moning's Fever series....Mac starts out as this pink wearing, fluffy bartender who just wants to find out who killed her sister and goes through so much and changes so much through the 5 books, I loved it...She even refers to herself as Mac1.0 and in the end becomes this tough, butt kicking Mac 5.0..

Hi Jannine! Thanks so much for reading and commenting. You are so right, Scarlett had to be the original spunky kid!

Hi Sri!
Wow - that MacKayla does sound like spunky plus! You've made me think about the Girl with the Dragon Tattoo, too. Now that kid went far beyond spunk, right?

Thanks for reading and commenting.

I love the heroine from the Mummy movies. Silly, I know, but she's the first one to come to mind! Great post, Lynne, and congrats on your release day!

Hi Charlene - I so agree how a good plucky heroine can make you cheer for her and hope she can put that often uncaring hero in his place!

Nothing like a good challenge. Thanks so much for commenting you love Harlequin Desire author you!

Christine - I loved the mommie movies too, and funny how you, Ms. Paranormal author, should suggest one of those plucky heroines.

I'm glad you enjoyed the post, and thanks for your kind wishes.

I love stories where the heroine faces a million obstacles, turns her life around and becomes a better version of herself. Because it was in her all along.

Lynne,
You are so right...SEP does it so well. Not sure anyone can top her. Love Blue. She's got her act together even when everything is falling apart. Reminds me of the phrase: Fake it 'til you make it.

Janie! You've summed up the plucky heroine perfectly! Yes - that is what we root for - like the scarecrow in Wizard of Oz - it was there all along -

Hi Dee J - You and I agree no one does spunky heroines quite like Susan Elizabeth Phillips. :)

Thanks for stopping by.

I loved many of Geogette Heyer's spunky kid heroines, but one that comes immediately to mind is Abigail Wendover, in Black Sheep. She was so spunky and fabulous I was grinning from the first page.

Can I think of a single spunky heroine right now? Noooooo, but Scarlet O'Hara does have to be one of my all time favorites.

I know a few medical authors that do a great job with spunky heroines--don't any of you ladies sell yourselves short, Ms Marshall. ;-)
Nancy aka sheandeen

Hi Robena!
Georgette Heyer is someone I haven't read yet - I'm embarrassed to say. I do have a book in my to be read pile, again, blushing about not having gotten to read it yet. You have given me a good reason to pick that book up.
Thanks for commenting.

Nancy! You are so kind to suggest I can write a spunky heroie. Yes, I believe I can and have - especially when I wrote D'Anne Palmer in One for the Road!

Thanks so much for commenting.

I love spunky heroines. They bring life to a book and humor to most situations, but most important- they always come out on top. Great article, Lynne. Happy blog tour.

Hi Calisa!
I so agree that those spunky heroines manage to defy odds and come out on top - that's the sweet appeal of them in our romances, right?

Thanks for your kind wishes and thanks also for commenting.

There's an old saying - the early bird catches the worm - and that is how today's drawing played out.

Thanks for the lively conversation ladies! I thoroughly enjoyed my visit to the Minxes of Romance blog.

I'm late for this post, but I love heroines who come back no matter what happens. I love that message that you can't keep a good woman down. No particular favourite, I read a lot.

Hi Maria - I'm so glad you stopped by (late or not!)
Yes, it is so encouraging to read about a character overcoming all of the obstacles and achieving her goal (sometimes a goal she didn't even know she had!)

Thanks so much for commenting.

Just dropping in to say I stared read An indiscretion and wow so gooood!

Hi Desere! I'm so glad you're enjoying An Indiscretion so far!

There are many, but I really loved the Julia Roberts character in "I Love Trouble". Great post, Lynne!

Thanks so much for reading the blog and commnenting.