I’m a huge fan of Tom Selleck. I fell in love with him from way back in the day when he was Magnum PI, through to Three Men and a Baby. I wasn't so sure about his role as Monica's squeeze in Friends but doggone it, I forgave him for it. 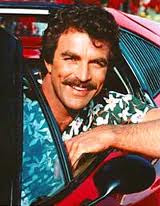 So imagine my whoop of joy when I saw him featured in the newish series of Blue Bloods last year. I watched, I loved and I believe this is his best role yet. 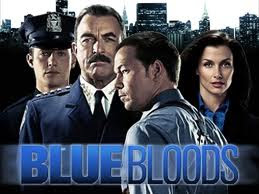 Blue Bloods is more than just Tom Selleck, although his dimples on the rare occasions he smiles on the show makes me melt (Shallow? Moi?).

There are three things that make Blue Bloods special for me: Family - the way this family support each other through rights and wrongs. Integrity – the way Tom’s character struggles between the fierce need to protect his family and the pressure of being Police Commissioner. Great Drama (spoiler alert) – the common thread that runs in the show is the loss of Tom’s first son under shady circumstances and this thread crops up throughout the series and keeps the show just that little bit more interesting for me.

But even without these elements, I’d watch just for Tom's dimples and Donnie Wahlberg's bad boy looks.

Love Tom Selleck... and now watching the reruns of Magnum I understand why my Mum watched it on TV all those years ago. I liked him in Friends but I'm like the world's biggest Friends freak :) Thank you for the review... I think Blue Bloods is coming to NZ so I'll keep an eye out for it.

Tom Selleck's wife is from my home town and I sometimes wonder if he ever visits. I've never seen him unfortunately although the local doctors surgery sports a signed photo on the wall! I like Blue Bloods, he's extremely good in it, but haven't watched many yet and think it needs to grow into itself a bit.

He's great, isn't he, Tash? Do watch Blue Bloods when you get the chance. It's getting better and better :)

oooh Maya, I love Tom Selleck! he's a so very grown up but naughty!