Man of the Month Poll: The Policeman Hotties! 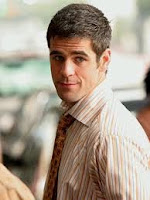 I've no idea how I managed to snag a Man of the Month poll again but I'm definitely not complaining! All those hours of totally selfless research to bring you the Minxes choices :-)

First up is Chris O'Donnell who, I'll freely admit, did absolutely nothing for me as Robin in Batman or as the vet in Grey's Anatomy. However as the wonderfully tortured Callen in NCIS: LA I'm in love :-) Maybe it's the buzz cut, but I'm thinking I just love a tortured hero! 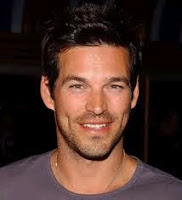 Above right is Eddie Cahill who I am reliably informed is a Detective in CSI: NY. Again, as the floppy haired and pink cheeked Tag in Friends he most definitely did not float my boat. But with a hair cut ... oooh yes!

Next is one of my personal faves, Eddie Cibrian. As Jesse Cardoza in CSI: Miami he's wonderful but in real life? Not so hot.

Over on the right, am sooo glad Minx Lorraine reminded me of the shoot Jamie Bamber did ... because he took some clothes off :-) He plays a clean cut English policeman in Law & Order: UK but I love it when he takes crime personally. Mmmm.

Next is the other half of the crime fighting NCIS: LA duo, LL Cool J. Anyone else have the words to the song "I Need Love" in their head any time they see him? LOL. Again, another man who is so much hotter as a more mature specimen. Or maybe it's because he's lost all of that bling?!

Over on the right is Minx favourite Michael Weatherly from the original NCIS programme. Another hero with an amazing smile that probably helps him get away with way more than he should!!


On the left here is Rupert Penry-Jones who I am told qualifies for this poll in his role in the TV show Spooks. I missed that show, but loved him in Silks where he was a fabulous bad boy! 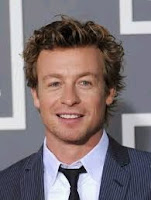 Next is Simon Baker, star of The Mentalist. This is another programme that I have been meaning to watch and not quite got around to. It's on my list--I promise!

And, last but not least, and because we somehow seem to have started a trend of having a hottie for the more mature lady we have William Shatner in arguably his most famous role (and the only one in uniform!!) as TJ Hooker.
The poll is on the right, ladies, you know what to do!!
I should also annouce the winner of last month's poll which, perhaps surprisingly (given he beat glorious George!!), was Jesse Williams who plays Avery Jackson in Grey's Anatomy.

Email ThisBlogThis!Share to TwitterShare to FacebookShare to Pinterest
Labels: Man of the Month poll, policemen heroes

Sorry to post again but had to ask how come Shemar Moore from Criminal Minds isn't on the list??!! T*

Sigh, I guess I'll have to look at these men for a while before making my decision...

And I agree with Theresa. Shemar Moore would've been an EXCELLENT candidate for this!

Okay, this is a seriously tough vote this month!
I am so happy for Avery Jackson. He is truly yummy.

And NCIS could have had an entire post of its own. That casting director is really good at scouting talent.

Seriously, asking us to choose one is very mean, so I'll just go ahead and classify the NCIS guys as one, lol! Great post, Jo!

This is a really tough choice! I agree about a tortured hero but I also adore Michael Weatherly's big smile. Really I can't choose, are we allowed to vote more than once?

I feel a bit spoilt - have my own policeman hottie at home!

Oooh ooops, Theresa, I knew I'd miss someone off!

Take your time, Sally, the good thing about these men is that they are not going anywhere!

Um yes, Alexa, just one! Have you chosen?

Oh yes, Romy, Avery is a very worthy winner! I agree, the NCIS team know exactly what they are doing. Why on earth didn't I include Mark Harmon? I adore him.

Have you chosen yet, Nas? Or still deciding?!

You know I love those NCIS boys, Maya. And the CSI ones ... can't believe I missed Adam Rodriguez out. I love him too!

There are so many of you undecided, ladies! Have you made your choice yet, Lorraine? Glad the boys cheered you up!

Oh now, Chris, there's no need to brag! Now there's a flirt* of jealous, disgruntled Minxes!! Lucky you with your own policeman hottie :-)