The Prince & Me is a sweet romantic comedy that I last watched several years ago. I remembered it as a fun, light movie, aimed mostly at the young adult market. A bit of fluff. But when I flicked through the TV channels yesterday to find something innocuous to play in the background with the kids around, it seemed the perfect answer. Until I got so engrossed that they nearly went without supper!

Yes, this movie is entirely predictable. Yes, the idea’s a tad far-stretched. No, it was never going to win any awards. But I was riveted! Because this film ticked the most important box of all: it got me invested in the characters. 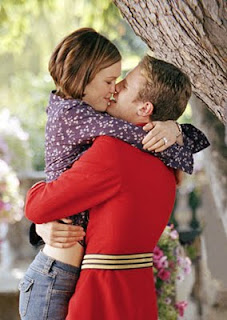 I also learned something important while watching this movie yesterday: the resolution of any story (the Happy Ever After) is so much more satisfying if one (or both) of the characters have first had to sacrifice something really significant in the Black Moment.

In The Prince & Me, both hero and heroine make a sacrifice. The Black Moment scene is incredibly poignant. There are no raised voices, no slammed doors. It’s a quiet moment between two people who have already acknowledged their love for each other.

But they cannot be together without the heroine giving up everything she has ever dreamed of doing and being. In that moment she has a terrible decision to make: to choose between love or her dreams.

I hadn’t thought of this movie as being an example of award-winning acting, but in this scene Luke Mably is simply superb. With a completely under-stated performance, he conveys so much emotion. The viewer absolutely gets that the Prince is losing the only woman he’ll ever love. Without the heroine at his side, he faces a life of duty without the one person who has brought meaning, joy and love to his life. He will be lost without her. But even so it is a sacrifice he makes willingly, as he only wants her happiness.

That tear-jerker moment really made the resolution so much more satisfying.

I’m still far away from the black moment and ending of my WIP, but when I get there I’m definitely going to make a meal out of the sacrifice my heroine will make to ensure the happiness of the hero (or in this case, heroes!) 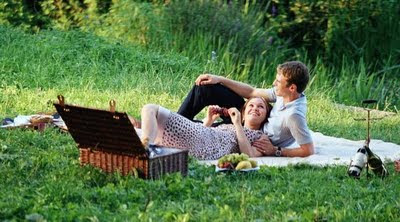 i've never seen or heard of this movie Romy, but will look out for it now. I love a good romance movie.

Sounds wonderful. And that looks like Julia Stiles - I usually really like her movies. Will have to check it out.

It is indeed Julia Stiles, Aimee. It's a very sweet movie, and I definitely recommend it.