Today is the turn of Lacey, Romy and Joanne P to share with us their favourite leading ladies of the silver screen. 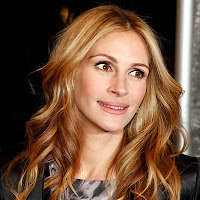 My favorite leading lady would have to be Julia Roberts. Julia has demonstrated her talent and versatility in every movie she’s starred in, from drama, Erin Brockovich and romantic comedy, Notting Hill to psychological thriller, Sleeping with the Enemy, and crime comedy, Ocean’s Eleven. Pretty Woman is an all time favorite of mine and it was actually the first of Julia’s movies that I got my hands on. She was every inch the spunky, uneducated, streetwise Vivian, you couldn’t help but love.

Sleeping with the Enemy came next, and once again, Julia personified her character Laura, an abused wife, who fakes her own death to escape her husband. You can’t help but become invested in the characters that Julia portrays and every single time she has had me on the edge of my seat hoping that she’ll get her happily ever after.

Julia ability to balance her incredible career with a family life, including three children, has made her an inspirational leading lady both on and off screen. 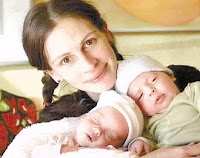 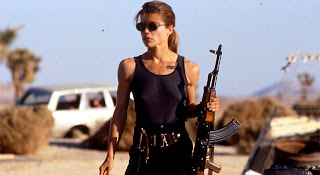 I tend to idolise strong women. I've even been accused of writing "ball breaker" heroines. So when I thought about which leading lady I admired, it's hardly surprising that the first character to spring to mind was Linda Hamilton's Sarah O'Connor in Terminator 2. I'll admit I know very little about Linda Hamilton, but I love the concept of a woman who will do anything to protect her child, and who makes herself over in order to do what must be done. Sarah O'Connor shows us that any woman, no matter how ordinary she seems, has the potential to be extraordinary.

However, as movie actresses go, my favourites are those glamorous icons of the early 20th century: women like the sassy Myrna Loy or the classy Grace Kelly. 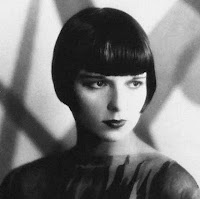 My current favourite is an actress who made very few movies and who is remembered not for the films she made in Hollywood (which she turned her back on) but for a couple of German art films, and that was silent movie actress Louise Brooks. Her life was as interesting and complicated as any movie. And that's just given me an idea for a story .... 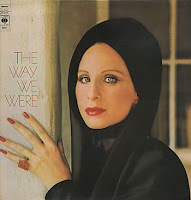 A favourite leading Lady for me has to be Barbra Streisand. I find her just fascinating to watch, she has such charisma and screen presence.

Although she isn't 'conventionally beautiful',  there's something captivating about her face  - her haunting eyes and her range of expressions that makes her stunning to watch on screen.
Her performances as Fanny Brice in Funny Girl and as Katie in The Way We Were really move me - she is such a 'real' actress.  I find myself drawn in by her completely and crying buckets for her characters, even if its a movie i've  seen ten times over.
In more recent years, she really made me laugh as Roz in 'Meet The Fockers' - how genius to pair her up with Dustin Hoffman!
Not to mention her brilliance as a singer and song writer, and the way that she has used her fame to speak up on political issues that matter to her.
She has proper old school star quality, and for me that makes her pretty perfect as a leading lady. 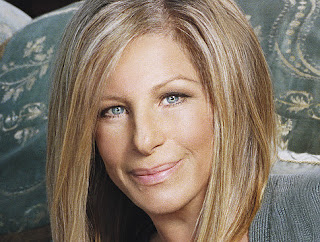 Great choice of leading ladies, Minxes! Lacey, yes, indeed, Julia is such a fab actress and a genuine person too, isn't she? Romy I've never heard of Louise Brooks and initially I thought she was Ingrid Bergman. Is it just me? I love Barbara Streisand, too. I haven't seen her in anything for ages. Maybe it's time to dig out the old classics. Great post!

I really, really wanted to be like Sarah Connor when terminator was all the rage.

I still would, but it's going to require an uncivilised amount of exercise ... Na.

Great choices, minxes! I love all of them, especially La Streisand. I was lucky enough to see Barbara when she performed in a field at the end of my little town in Ireland - amazing but true! The whole thing was a bit of a fiasco, with people losing their seats, traffic piling up etc, but I had mine at the top of the open air stand next to the stage, and even though it rained, the rain stopped the minute she stepped onto the stage, and I had goosebumps when she started to sing! (goosebumps just remembering it!!)
Ah..... one of the best moments, ever.

Whhaaaaaat? That is shocking Sally, lol! She never performs anywhere, how on earth did you get he in a field in your town? Must have been totally fabulous, she has amazing presence doesn't she?

I'm adding my jealousy to Jo P's about La Streisand! I wouldn't mind her superhero ability to control the weather either...