Anyone who reads romance will be familiar with what a black moment is – you know, that part of the book when all seems lost and you wonder whether the characters will find their happy ending? 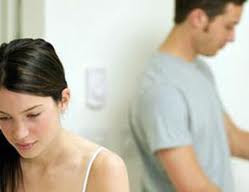 Or if psychological thrillers are more your thing, it's that part when that psycho killer has killed one too many people and simply must be stopped but the detective is almost at the point of despair of ever catching said killer.

In a movie it’s the penultimate scene where the score goes all crazy and you're sitting at the edge of your seat wondering how on earth the goodie is going to triumph after being pummelled to within an inch of his life!

In most romances (because that’s what I read and where I get most of my black moment fixes) this most often is the part where doors are slammed, huge hiccupping tears are shed (or in the alpha hero’s part, held in with ruthless control, dammit!), where bags are packed, and, unfortunately, when the b*tch ex-girlfriend swans off with the cat-got-the-cream smile because she thinks she's won the hero away from the deserving heroine.

But guess what I discovered recently?

There can be such a thing as a gentle black moment. I know, it sounds like a contradiction in terms, but it’s exactly what happened. There were no tantrums (from either hero or heroine), yes there was a b*tch ex-girlfriend, but she was disposed of adequately by the heroine (yayy!). What struck me was how the black moment came about. The H&h weren't standing at the opposite ends of the room shouting at each other, although she was busy glaring at him. He took her in his arms, asked what was wrong and she said simply, "I'm not happy.” His next words? "I will change."

Right there was some powerful writing for me. Of course they had a lot to work through before finding their HEA and the whole scene was very intense, but I love, love, love the way the writer shifted away from the usual crash-boom-bang black moment! For me, it took the refrain "it's all in the execution" to a whole new level, while of course, making me totally green with envy.

Great post Maya! That black moment between the hero and heroine sounds amazing. It really is all in the execution. I don't suppose you remember the title and author of that one?

I like my black moments to wring out at least one tear. The more agonising the better, it makes the pay off in the closing moments so much sweeter.

But you're right, it can be done without throwing plates and slamming doors.

So who's the book by missy?

Oh! I read a book recently like that, too. Not necessarily the same black moment... but I did consider it a little "gray". Still, the story and characters were great, so I had no trouble with the somewhat-level story arc. :)

I'm a fan of the hard crush black moment, but willing to try something new. Sounds like you've found a very talented writer. One I'd like to read...if I only knew who it was. :)

Oh go on, spill! That sounds wonderful, Maya, and as you say its all in the execution and that soft black moment sounds great!

Sometimes the quietest moments can be the most anguished. For me it depends entirely on the story and the characters. If a previously quiet person suddenly becames shouty during the black moment, that can be powerful. Or vice versa.
But this one sounds fab! C'mon, give us a hint??

Okay, you've twisted my arm!!! It's The Brunelli Baby Bargain by Kim Lawrence. It's a truly fantastic read, with a blind hero and a fiery headed heroine. Enjoy!!!

Hmmm, fiery-headed??? You get my meaning anyway, yes?

I like lots of shouting and sulking, but am willing to give a gentle black moment a go...

Off to order The Brunelli Baby Bargain.