Just because yesterday was my birthday (and because I can!) today's blog post is chock full of celebratory eye candy.

Tired of McDreamy and McSteamy? Then I'd like to introduce you to the latest addition to the Grey's Anatomy cast ... Dr Jackson Avery / aka. Jesse Williams. 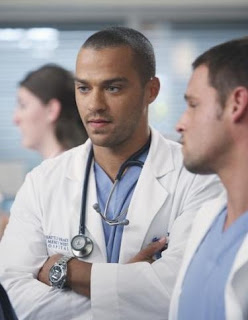 As a recent addition to Hollywood too, Jesse's filmography is still quite short, though I fully expect to see some great things from this young actor. Why? Because the man not only has the most gorgeous eyes known to mankind, but he's also intelligent. And don't tell me that doesn't matter, ladies, because we all know that an intelligent man is way sexier than any other hunk. 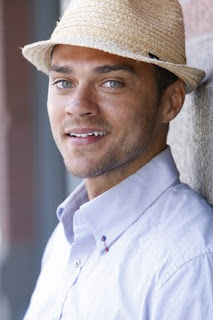 Jesse was born in Chicago in 1981. He attended Temple University, where he modelled to fund his tuition, before becoming a teacher in Philadelphia. He started acting in 2006, first Off-Broadway, then playing the part of Leo in Sisterhood of the Travelling Pants 2. Since then he's also appeared in the TV series Greek, in a horror movie, and of course in Grey's. 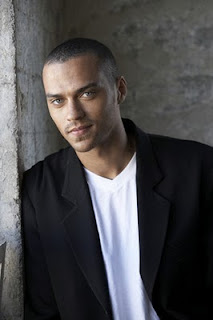 At the tender age of 28, Jesse still has a great future ahead of him, and I for one will definitely be keeping an eye out for him. 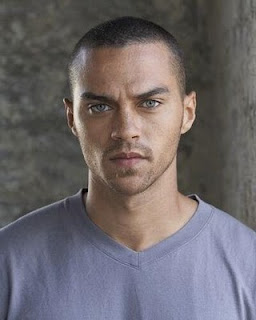 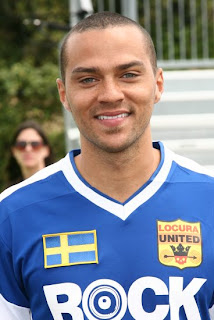 Totally yummy, Romy. Good choice! He's a great actor too. Love him in Grey's, he's sort of sexy and understated, a lovely contrast to the full on intensity of McDreamy, McSteamy and Owen...

Eye candy is a perfect way to celebrate your birthday Romy - and as an added bonus it's the kind of candy that doesn't make you put on weight ;-)

Wow, Jesse's eyes. Enchanting is the best way I can describe them. The rest of him is pretty gorgeous too ;) Hope he made the icing on top of your birthday cake!

Yay! Love him in Grey's Anatomy.

What colour would you call those eyes?

Very nice, thanks for posting, Romy.

sally i think the colour you're going for is slate grey or grey blue?
yes very nice!