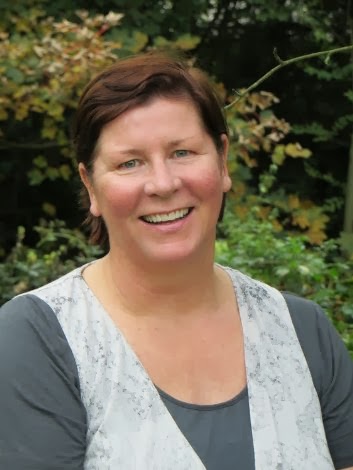 Caroline Storer has long been an active supporter of this blog, so we are super delighted to have here in our Spotlight today with her debut Roman romance, The Roman.

Firstly, thank you Minxes for having me here. I’ve been a fan of this Blog for years now, and it’s lovely to be here amongst so many of my cyber friends.

Tell our readers a little bit about yourself.
Hi, my name is Caroline Storer, and I live on the beautiful (if slightly windy) island of Anglesey in North Wales. (Anglesey, you may recall was recently the home of the Duke and Duchess of Cambridge – William and Kate. I did invite them over for tea, but unfortunately they were too busy!) I’m happily married to my own Alpha Hero, Colin, and have one step-son and grandson. By day I’m an Environmental Health Officer for the local Council. My work can be quite challenging to say the least, and no one day is the same. I find escaping into a good book (either reading or writing one) a great way of relaxing once I’ve finished work. I am a voracious reader of anything “romantic” and have been since I “borrowed” one of my gran's Mills and Boons when I was around 13!

What number book is this? First? 100th? 200th?(Nora only!)
“The Roman” is my debut book for HarperImpulse. (I’m still at the pinching myself stage BTW at the thought of being published!) When I recently got the cover for my book I nearly swooned in delight. He’s absolutely gorgeous and just what I imagined my hunky Roman would look like. I hope you agree.

What inspired this book?
My love of Roman history, which has been with me since childhood and the film’s The Gladiator and Ben Hur. I also loved the mini-series Spartacus. The late Andy Whitfied was born in Amlwch, about 10 miles
from where I live (((sigh))). 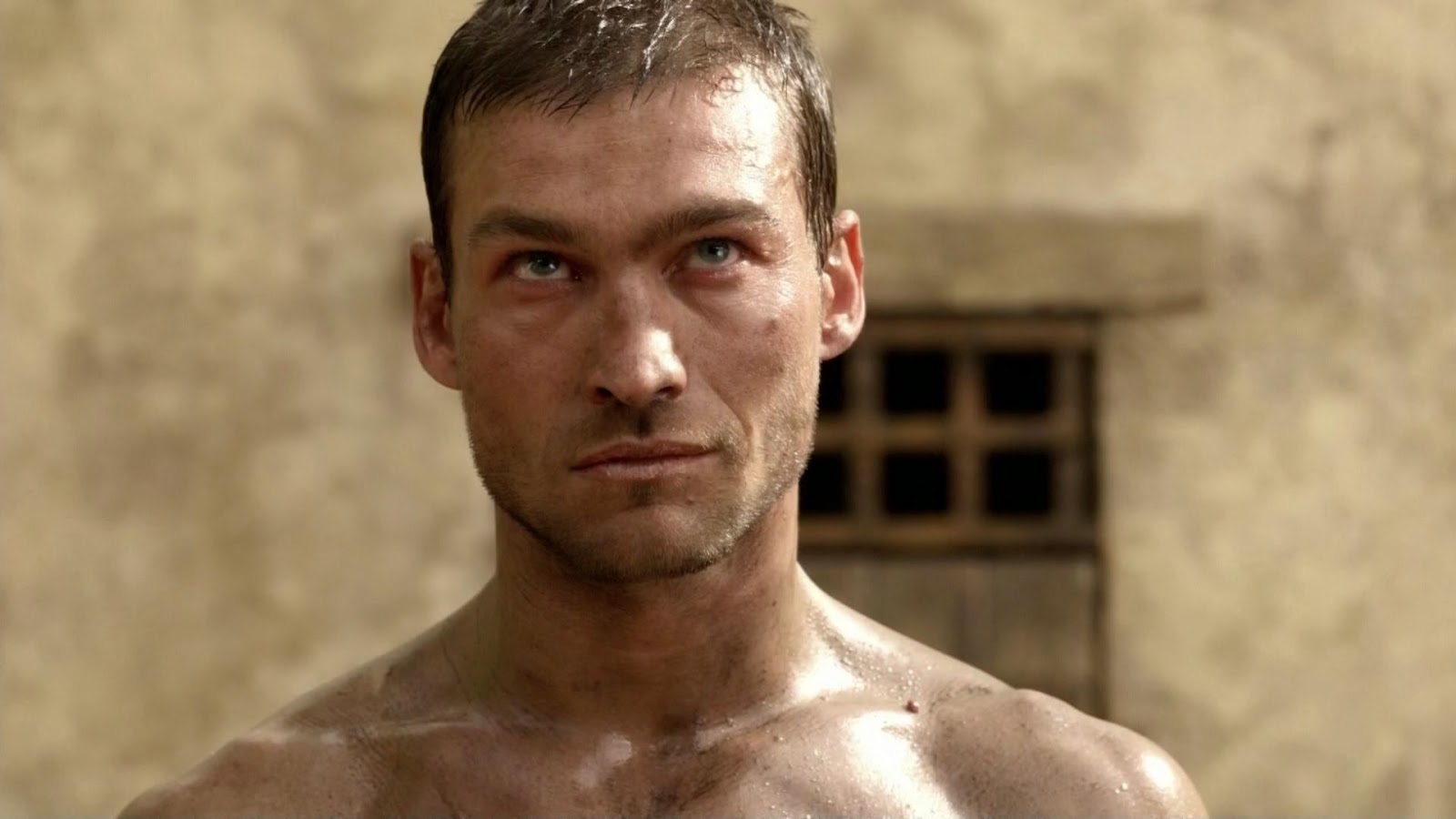 Who or what was the inspiration for your hero?
General Maximus Decimus Meridius – a.k.a Russell Crowe in The Gladiator. I’ve watched this film about 10 tens now and I’m still bowled over by his gorgeousness! He is the typical alpha male Roman hero IMHO. 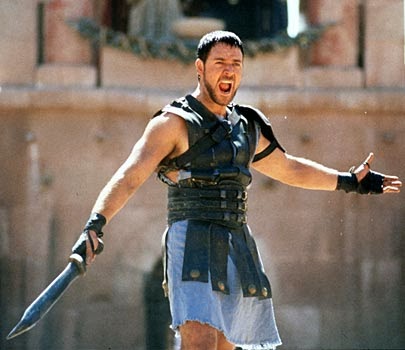 Have you any burning ambitions to write a story in a different genre?
Yes! As well as writing Roman historicals, I’ve recently finished writing a “Viking romance”. I’m plotting a “Regency romance” at the moment and I’m toying with a romantic suspense. I’ve also got a futuristic romance on my hard-drive waiting to be written, along with several contemporary romances. Sometimes it’s a fight as to which one will get written next! So far the “Romans” have won.

In what way is being a published writer different to how you thought it would be?
Having a contract and deadlines tend to focus the mind somewhat. Also, having revisions from my editor was a steep learning curve. Thankfully, there weren’t a lot of them and my editor liked what I sent to her. But the one week turnaround in getting them back meant burning the midnight oil. Publicity is another big learning curve. Having to get yourself, and your book “out there” is something I hadn’t really thought about before I became published.

Do you have a writing routine? Do you write every day, and is there a time of day that works best for you in terms of being productive?
I’m always in awe of the productivity of some writers, and wish I could be as disciplined at they are. But I’m not. I do try to write every day except Wednesdays when I have other commitments. I find the weekends and evenings work best for me. Not having young children around means I’m not as constrained by the hustle and bustle of life as some writers are. I have learned by trial and error as to what works for me productivity wise. I did try the “get up at 5am to write” scenario before I went to work to try and increase the word-count but that was a disaster – Facebook and Candy Crush - but no writing! I’m definitely more productive the late afternoons and early evenings.

Are your family and real-life friends supportive? If so, in what ways? If not, do you have another support network for your writing?
On January the 1st 2007 my husband said he was “popping out for a bit”. Three hours later he returned with a laptop he bought for me in the January sales. As he handed me the box he said, “Now there’s no excuse for you not to write that book you’ve been going on about.” So yes, my husband has been hugely influential in supporting (and starting) my writing career. I’ve also been blessed by having huge support from my two best friends I met at university over (gasp) 30 years ago. They have been fabulous. And it goes without saying that other writers, (Minxy ladies you know who you are!), out there in blogland, and on Facebook, have been so helpful and supportive.

Where do you write?
I’ve actually got 3 writing places. One, sitting in my arm chair in the living room with the laptop on a small laptop table and with a footstool elevating my feet. The second, is a recliner chair that sits in the corner of our bedroom (with another footstool), and thirdly, the spare bedroom where I’ve got my own little office with desk and computer chair. But I seem more productive in the bedroom (that sound rude doesn’t it!) as I can type away quite happily for hours while hubby watches what he like on the TV in bed. The only thing I need to block out interruptions are my earplugs, then I can pretty much tap away to my heart’s content!

Thanks again for having me, Minxy’s! Caroline x 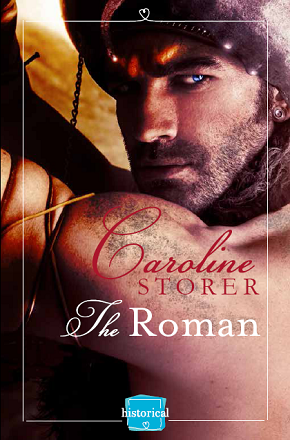 Famous charioteer, Aulus Epidius Marsallas wants revenge against Justina Philipus - the only woman he’s ever loved, but who’d betrayed him by becoming his uncle’s mistress. Forced to meet Marsallas for the first time in six years, Justina is shocked at the changes she sees in him. Gone is the carefree youth she once loved, now replaced by a hard muscular stranger. But there is no denying the attraction that still flows between them, and when his uncle dies, Marsallas offers sculptress Justina a challenge – a bronze stature of himself, and his four horse chariot, to be displayed at the Circus Maximus. Justina knows that this commission is just what she needs to make a name for herself, and give her the freedom she covets, so she accepts Marsallas’s challenge. However, Justina is unprepared when Marsallas states one further condition – she must become his mistress. But Justina has a secret, she’s still a virgin, she just hasn’t told Marsallas yet…

The Roman is available from Amazon, Amazon UK and all other eBook retailers.

Thanks so much for having me here, Minxes! Caroline xx

Thanks for going minxy for the day, Caroline! And for the pictures of hot Romans :)

So pleased for you, Caroline - and your hero looks super-sexy! :-)