Man of the Month - the French men!

This year my family and I were lucky enough to travel to France for our summer holidays. We spent an idyllic week and a bit in a beautiful hilly part of southern Brittany near a really picturesque village. It inspired me so much I couldn't wait to volunteer for a Man of the Month poll so I could feature all the men I wish had visited the area at the same time as we did!!

First up is the delectable Gilles Marini of Brothers & Sisters fame. 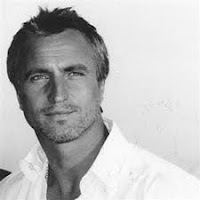 Next is an oldie but goody ;-) Footballer David Ginola who I spent many an afternoon staring at while I should've been spending more time watching the game! He also starred in an advert for a well known hair product!! 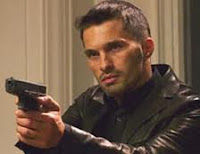 Kylie's ex, Olivier Martinez, who I must admit to using as inspiration for my Riva manuscript currently waiting its turn at Mills & Boon. 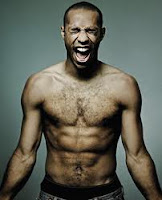 And back to the football (because I just can't help myself!). Next is goal scorer extraordinaire, ex Arsenal player, Thierry Henry.

Staying with football (why not when they are all soooo fine!!). On the left is Youann Gourcuff.

And finally, everyone who knows me knows I'd have to have a rugby player in the mix, I've hunted and scoured the internet for a worthy candidate. On the right is the very well dressed Alexis Palisson.

The poll is up on the right hand bar, I can't wait to see who you choose as your favourite!!

PS Unsurprisingly, the winner of our Aussie Man of the Month poll was Hugh Jackman.

of course it was Hugh (swoon...) yummy...
I'm going for Gilles... who is the inspiration for my French hero in Love on the Vine, Etienne.

Thanks for the yummy selection to kick start the week!