The Embarrassment Of An Inappropriate Crush


I was listening to Liza Tarbuck was on Radio Two a couple of weeks ago. I like Liza. She's jolly and funny and around my age (as opposed to everyone else in the known universe who is now at least a decade younger). I imagine she'd be a laugh if we went out for a coffee.

On her show, she asked listeners to phone in to admit to inappropriate crushes.

One woman phoned in to confess to fancying Dougal from The Magic Roundabout when she was younger.

A man admitted a crush on Marina from Stingray. 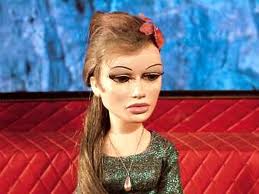 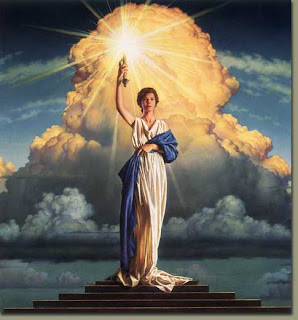 I'd think they were making it up, but I do actually know someone who used to fancy the Columbia lady when he was younger (yes Camera Boy, I'm talking about you). 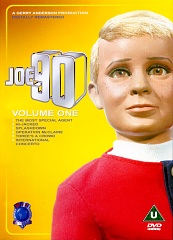 And my very best friend growing up had a soft spot for Joe90. 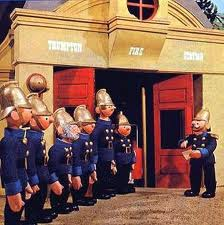 As for me, well, where to start... My taste in men has always been considered slightly odd - and it started with (in the best firemen-loving Minxy tradition) the firemen from Trumpton. Yes, the whole lot of them - Pugh, Pugh, Barney McGrew, Cuthbert, Dibble and Grubb. With the possible exception of Barney McGrew - who I think might be the one with the beard (an older guy was one thing, but a fireman with a beard was not attractive to a young girl - and, in my defence, I was very young). 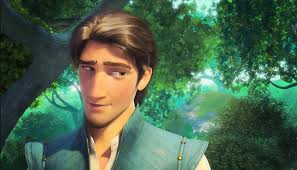 With age, my tendency towards inappropriate crushes is improving - in that those crushes are now, embarrassingly, out of control inappropriate. Take Flynn Rider from Tangled - I'd run off with him in a heartbeat, despite the fact it's wrong on so many levels (he's too young, he's spoken for, he's a thief and...he's an animated character).

Then there's the illustration of the hero in my story in The People's Friend Annual 2013. Seriously, he might be a drawing, but he's knitting pattern gorgeous. (Unfortunately, I can't show you here because it's inside the book and I haven't cleared copyright with the artist.) 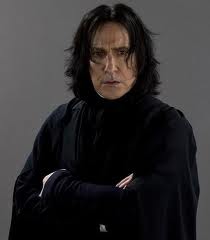 And Severus Snape - I'd knock him flat in the rush even with his greasy hair. Always.

Of course, no list would ever be complete without the wildly inappropriate John Barrowman. He might be age appropriate, but he's spoken for and... Well, here in his own words (at 2 minutes 15 seconds) is exactly why I'm not right for him:


So, who's brave enough to join me in fessing up? (Please do or I'll just end up feeling incredibly foolish.)

Okay, here's mine - I have to join you in fancying Flynn Rider (I daren't admit how many times I've watched Tangled) and Snape.

When I was very young it was Scott Tracey from Thunderbirds.

And yes, your PF guy is rather tasty. I can only conclude that we both have impeccable good taste - oh and I loved the John Barrowman clip :-) xx

I used to like little Joe from Bonanza :) and rather inappropriately, love Bend it like Beckham for 'the coach'.
Haven't seen Flynn Rider, but doesn't he look rather like Adrien Brody?
And what a Barrowtastic clip. xx

HAH! I did this on my blog in April.

but I take comfort in never having crushed on a Carebear, a Smurf, or a Teenage Mutant Ninja Turtle...

Wow how in tune are me and the DH? I've just asked him who he had a crush on as a wee lad and he 'fessed up to "The Bionic Woman". Me? Steve Austin- The Six Million Dollar Man. But being fickle like I am, I also had a *massive* crush on the blonde one out of the original "Dukes of Hazard". Caroline x

Bernard Hepton as Archbishop Cranmer in the Six Wives of Henry VIII.

Apart from my very vocal admiration of all the youngsters in The Vampire Diaries, I have to admit once having a thing for Michael Crawford. I was the only teen I knew who lay in bed listening to 'Phantom of the Opera' and fantasising about this tragic, flawed, super-Alpha hero. And in those days I still listened on records. Anyone here remember those?

Flynn Rider does look pretty darn good! Staying on the thief trait, I love Garret from the 'Thief' PC games, he's got a great voice, and I don't know, there's something about the hood :/
xx

I have a soft spot for Daddy Pig from Peppa.
He's always very attentive to Mummy Pig!

I love Flynn (so weirdly inappropriate) and Snape too.

When I was young, it was Hogan from Hogan's Heroes and Peter Bonetti, the goalkeeper for Chelsea. I also adored Adam Faith and Shaggy (Scooby Doo).

I had a teenage crush on Pat Boone. Probably not inappropriate. Just a bit embarrassing to admit to now.

Hi Teresa, Aw Scott Tracey was lovely. And thank you for liking my PF hero :0) - I always think their illustrations are terrific. xx

Hi Amalie - oh, great minds...:0) And our own Romy also did a similar post about Disney heroes a while back (Flynn was also on that list). Glad to have found your blog - following you back at last. x

Hi Caroline - do you know I forgot about Steve Austin. How could I? He was lovely. And yes, John Schneider - utterly gorgeous, even now (did you see him as superman's dad?).

Oh, I hadn't thought of him, Kath.x

Hi Romy, I can kind of see what you mean - but sadly he'll forever be Frank Sepncer to me. Ah yes, records. We still have a number gathering dust. :0)

Hi Penandpaints - will have to investigate Garret. x

Hi Jody - will also have to investigate Daddy Pig :0)

Hee hee - love *knitting-pattern* gorgeous! I will definitely be looking out for your hero in the PF annual, Suz. And now I come to think about it, Flynn Ryder really makes me wish I was animated. Plus, I’m 100% with you with Snape – I have such a huge crush, you wouldn’t believe!

I can't think... Probably too busy giggling about Dougal!

Hi Mandy - have to admit I borrowed that term from Stephen Moffat. His character in Coupling alway described good looking men as 'knitting pattern gorgeous'. For Snape, have a look at my fb - someone's posted an Alan Rickman thing from Youtube :0) xx

I know Debs :0) She was very brave phoning in. xx