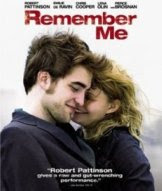 We usually preserve movie reviews for Fridays here on Minxes, but in honour of remembering New York on the 10th anniversary of 9/11, I'm breaking the tradition and featuring the film Remember Me.

Set in New York, this is a ponderous, atmospheric film starring Robert Pattinson and Pierce Brosnan, which centres around a family dealing with loss, each character handling the loss of a son and brother in a different way.

I found the film a little too slow moving, and spent most of the movie wondering just what the point was. The point is made clear in the closing two minutes of the film. Two minutes which pull all the film's strands together, give the entire movie a new twist, and leave viewers with an image so graphic and moving that you'll remember it long afterwards.

That final image is still clear in my head months after watching the film, and still brings a lump to my throat.

Our condolences to anyone who has ever lost a loved one, and to those who are gone: you will be remembered. 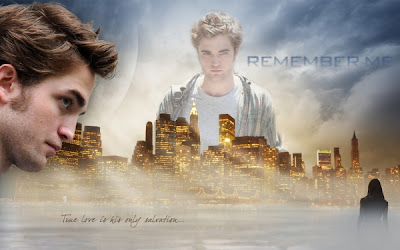 I must have missed this film Romy but I'm always open to recommendations, thanks for the review :-)

I have a very talkative niece who gave me a VERY detailed synopsis about this movie, enough that I don't have to watch it myself :) But she said the same thing, practically groaned because it went nowhere extremely slowly and then the ending which is so powerful, it's a movie she won't ever forget she says.

(Hubby watched it too and wanted to give up halfway through - but I told him to wait till the end.)

Unfortunately the marketing team billed this as a movie staring he of the pearlescent skin vampire fame. Big turn off for me! But now that you've told me the delectable Pierce is in it and the movie has an awesome message at the end I might just succumb!

Thanks for the heads up!

i've not heard of this one Romy, but it sounds like a poignant one to catch. I can't believe it's been a decade since the attacks, it seems to have gone by so quickly.

Me and my DDs watched this - essential hottie research for me, and teenhood for dds. And bawled at the end. It certainly is a powerful movie, and RPatz shows a depth far beyond his years, imho!

I remember thinking I wanted to see this one when it came out, but then I totally forgot about it. I definitely need to put it on my list again and thanks for the *slow* warning so I'll know to perservere to the end.
My thoughts are also with the families/friends of 9/11 victims. My son was just telling me about a classmate who lost a mother and sister there, a good reminder of how far that sorrow reached across the world.