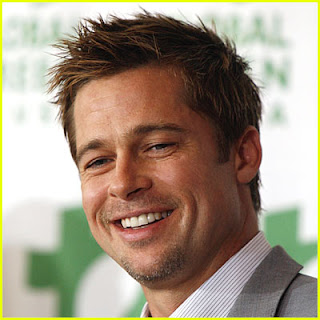 I'm sure Brad Pitt would be devastated if he ever found out - but he just doesn't do it for me. Which is odd, because I've always found pretty, blue-eyed, blond men attractive. 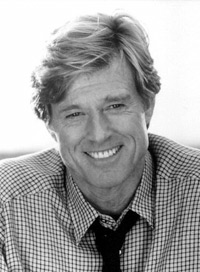 Give me  the near identical Robert Redford (I don't care what anyone says, they must have jumped out of the same gene pool)- when he was young, of course - and I'll oblige by going immediately weak at the knees. 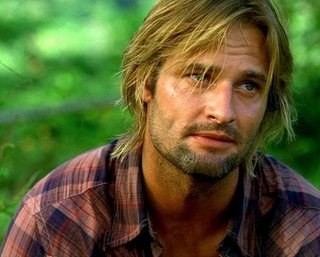 And as for Josh Holloway...well...I'm speechless at the very thought. But, to me, Brad just isn't hero material. Perhaps it's the fact he did the dirty on Jen. I know it was years ago, but can there anything less attractive than a man who'll cheat on his wife? This is such a horrid thing to do I'm still not sure about Alan Rickman after he was unfaithful to Emma Thompson in Love Actually - and that was only a film.

Everything seems to be in the right place and in the right proportions, so why don't I find Brad as attractive as he should be?
Posted by Suzanne Ross Jones at 4/25/2011 03:02:00 PM

I agree with you here, Suz. Was watching one of my favorite films, Meet Joe Black the other night. Great film, and a fascinating premise, but I'm afraid there was no chemistry between me (sitting on sofa) and Brad (acting on screen). Dunno why...it's a mystery! Wonder if its a minxy thing? (and I'll doubtless find out, when other minxes comment!)

Brad has never buttered my parsnips either, so you're not on your own there - just one of those elusive things that's hard to explain I suppose!

I'm with you on the cheating thing. Fidelity is sexy. I remember how impressed I was with Paul Hogan in the beginning. He was so devoted to protecting his wife and children from the limelight--then he left them for his co-star and he lost all his appeal.

I really like that film, too, Sally. But as for Brad - it's zero attraction.

I remember Paul doing that too, Jo. Not nice at all.

I agree with you about Brad Pitt. Can't see the attraction at all xx

I am sooo with you. I've never seen the attraction. And I think you're right about the fidelity thing. It's crucial, however much the eyes twinkle ;)
xx

Okay, Brad, looks like you are all mine :-) provided Angelina doesn't mind. I think he was fab in Inglourious (sp?) Basterds(sp?), and I love the way he sends himself up in Burn After Reading.

As for Alan Rickman - stop doing comedy, Alan, you were terrible in that film with Juliet Stephenson, what was it called? I have mercifully forgotten the fine detail...

Hi Teresa - glad it's not just me. XX

Hi Debbie - sometimes, the more those eyes twinkle, the less you can trust the man (yes, that's the voice of bitter experience). XX

Hi Margaret - you can have Brad and I'll have Alan (Was it Truly Madly Deeply you were thinking of?). I'll force myself to forget the Love Acutally business. I think it's his voice that does it, if I'm honest. Actually, forget Alan, I think I'll just have Josh. :0)

I never liked Brad much. But he did make the old ticker quiver a bit in "Troy". ;o) - Caroline xx

p.s - Karen's "Brad has never buttered my parsnips either" quote made me laugh out loud. What a great saying - I've never heard that one before - LOL Karen!

Argh, came out of the site too quickly and realized I'd forgotten to put in the word verification thing! Duh.

I agree with you about Brad Pitt, I've never seen the attraction at all, despite everything being in the right place.

My dad looked very like RR when he was younger, or so everyone said. Bless him.

Great post Suzanne!
I did like BP in Thelma and Louise.
But otherwise I couldn't concur with the fuss so I do agree with you!
LOL at Brad buttering parsnips!

Hi Caroline - this is where I have to admit I've never seen Troy.

Hi Debs - I've done that myself. I wish my dad had looked like RR - mine looked like Benny Hill which is why I have such a fat face (even when I'm thin).

Thanks, Judy. Have never seen Thelma and Louise, either - although have just had my late Mother's Day pressie delivered and it's a new telly, so I'm going to be catching up on all the viewing I've missed.

Karen - you've really started something with Brad and those parsnips. Might there be a story there?

Brad Pitt doesn't do it for me either. lol... But Josh Holloway, now that is something different. He's yum scrum.... Hmmmmm. :)

Robert Redford, and the other guy don't cut it either. lol....

I loved Brad Pitt in "Interview with the Vampire" but he had dark hair in that. I was quite disappointed when I realised he was blond.

Maybe not so much these days, Suzanne, however, in my opinion, both were more attractive than Brad when they were younger. But, yes - Josh definitely.

Hi Kath - maybe it's the blond that makes him seem wrong. I've seen that with other actors, they can be stunningly attractive with one hair colour and when they change it - well - not so much.

Or Kath, maybe it was the whole vampire thing? There's something strangely attractive about bloodsuckers...
p.s. Suz, Brad rang. He was crying.

Could be because Brad has a rounder face than the others you mention and looks more cheeky boyish than suave and sultry? :O)

What a full of wisdomosity post - I totally agree with you, esp about going off Alan Rickman after Love Actually, but hey - Margaret - I love Truly, Madly, Deeply!

Possibly, Madeleine - I don't think it's anything physical, he's very symmetrical and should be pleasing to the eye, but the charisma just isn't there (in my opinion).

Hi Chris - I actually fell in love with AR when I saw Truly, Madly, Deeply. He isn't blond and I suspect he isn't blue-eyed, but I sneaked him in to this post anyway, on the pretext of illustrating the infidelity point. Just wish he hadn't cheated on poor Emma, though.

No, Brad does nothing for me either! I do swoon a little a Alan Rickman though! x

Some people are so fussy......
But that's fine, if none of you like Brad I'll just tuck him under my arm and pop him in my Radley handbag, now off I go....
But if we are talking about Josh Holloway - Suzanne it's definitely a fist fight at dawn!

Maybe we should make it Radleys at dawn, Scarlet - less chance of getting hurt. :0)

He doesn't butter my parsnips either, the sod. In fact, I hate him ever since he did that to poor old Jen. None of my business of course and far be it from me to judge etc. etc. etc., being all liberal and modern and the like, but cheating men leave me cold. We've got this lovely movie star here in India, Shah Rukh Khan, who is so much in love with his wife that he won't kiss his co-stars onscreen. Now THAT butters my parsnips!

I tend to think that Brad is just too 'movie star', too clean cut image wise - even when he pushes the acting envelope in roles like Fight Club... He looks the way a star is supposed to look,and we're supposed to worship him for it and I'm not sure I want to do what I'm told!
AR - he's got depths that really make you interested to find out more!

I think someone hit the buzzer with the comment about Brad's rounder face making him less appealing.

Oh okay, I was just looking for an excuse to come back and look at Josh Holloway. If I was to write a story featuring a hunk and buttered parsnips, it would be him.

Agree totally, Brad has never done it for me. Just too pretty. Which is silly, I guess, because Josh Holloway is incredibly pretty too but he's also mean and moody looking which really does it for me :-)

Sorry this is so late, am trying to catch up on comments I've missed while Blogger locked me out:

I so agree, Maria.

You're very welcome to come and look at Josh any time, Karen. And let me know when you've written that article because it sounds very interesting.

Hi Jo - Josh is very pretty, but I do like pretty boys, so I can't understand why I don't like Brad.