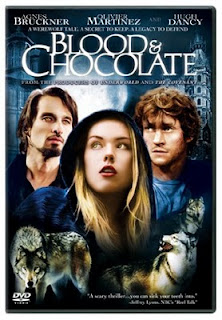 I'm an impulse spender, but even so I've never in my life bought a DVD unless I've first seen the movie - until I stumbed across Blood and Chocolate in a sale bin.

I'd never even heard of this movie or the book it's based on. For that matter, I'd never even heard of most of the actors. But Hugh Dancy's name was on the cover and since so many of my friends rave about him, I thought "What the heck". Judging from the cover, I actually thought that French actor Olivier Martinez was the hero of this film, since he looked so gorgeous and the image of Hugh was, to say the least, unflattering.

But I am so glad I picked this up, as it's definitely a keeper. If you enjoy paranormal romance, or romance with a dark edge, then you have to watch this movie!

The story is set in Bucharest, among a secret society of mythical shape shifters known as the loup garoux. The kick-ass heroine, Vivian, is one of the shifters. She falls for a visiting artist played by Hugh Dancy, and is forced to choose between her lover and her people (A no-brainer, in my opinion). Though I was concerned at first that such a strong heroine would overpower and unman an artist hero, Hugh's artist was more than man enough to match this heroine. And I think I've just become Hugh Dancy's biggest fan.

The film kept me on the edge of my seat throughout, the romance was deliciously intense, and with two gorgeous men to ogle, Blood and Chocolate has it all. 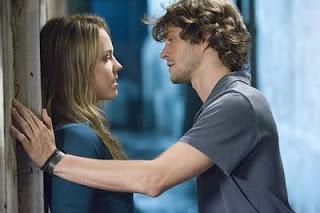 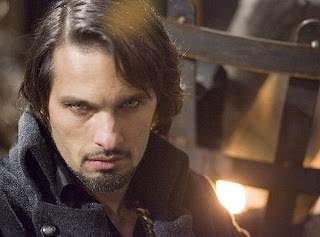 Weirdly I watched this film, along with another one I'd previously never heard of called The Craft, as part of my novel research last year, and agree it was rather good!

I really enjoyed the book of this, Vivian's a great heroine.