Ssshhh... don't tell anyone, but I'm another year older today. My birthday treat was to see Baz Luhrmann's The Great Gatsby with my English literature teacher mom yesterday.

Since I adore the 1920s (and write novellas set in the 20s under the name Rae Summers) I've been avidly awaiting this movie for months and months. I pored over the trailers and read the reviews, including those by Fitzgerald officionados, so I had a pretty good idea of what to expect .... I expected to be wowed.
I was.

If you haven't yet seen the movie, it's a visual feast - sumptuous settings, stunning costumes, full of colour and vibrancy. Baz Luhrmann has taken a little creative license in his adaptation (which film director doesn't?) but I believe he's captured the spirit of both the book and the Fitzgeralds' generation.

I could so see Zelda Fitzgerald in mercurial golden girl Daisy Buchanan, and could easily understand Gatsby's fascination with her. And though I've never been a fan of Leonardo di Caprio, I completely fell in love with his Gatsby. There's a moment where Gatsby holds Daisy in his arms as they sit on his shirt-strewn bed, and my heart melted for the both of them. I so wanted them to be happy together. 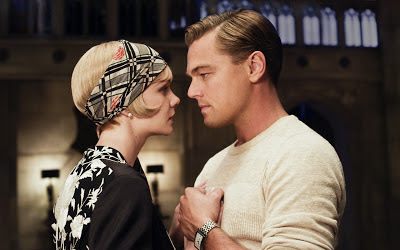 But while The Great Gatsby is a powerful love story, this is no romance with its inevitable HEA. I had a lump in my throat and tears in my eyes when the end credits rolled.

For me, though, the great tragedy of this story is not what happens on the page or on the screen, but the story behind the story. As I watched this movie, the tragedies of Scott Fitzgerald's own life loomed large. He is present in all three of the male leads in this movie - the hopeful idealist Gatsby, the careless Tom, and the 'morbid alcoholic' narrator, Nick Carraway.

When Fitzgerald wrote this book in 1922 he was married to his own golden girl, Zelda Sayre. But life imitated art and Scott and Zelda did not get their happy ending either. Like Tom and Daisy Buchanan, after their tumultuous period in New York they drifted from place to place, and their marriage, against a backdrop of wild parties and excessive drinking, was torn apart by affairs.


My own novellas obviously can't compare to the great prose and depth of The Great Gatsby, but I hope that like Baz Luhrmann I've managed to capture a little of the spirit of the time. Let's Misbehave has the parties, champagne, hot jazz and despair (and a Gatsby quote), and Prohibited Passion shares the setting: New York City in 1922. And at least with my stories you know you're guaranteed a happy ending!

Have you seen Luhrmann's The Great Gatsby? What did you think - a glorious reproduction or a complete misrepresentation? More importantly ... did you enjoy the movie? 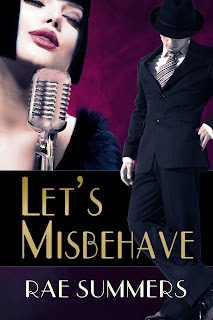 Let's Misbehave
Wild child and dedicated Flapper Gabrielle gets more than she bargained for when she sets out to seduce staid aristocrat Sebastian.
Available from Amazon and Amazon UK.
(Incidentally, the song this book was named for appears in Luhrmann's movie) 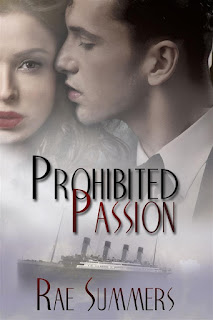 Prohibited Passion
When respectable English widow Jenny is stuck in an elevator with Prohibition gangster Tom Gallagher, her greatest fear becomes a reality.
Available from Amazon and Amazon UK.

HAPPY BIRTHDAY, ROMY!
I haven't seen the Great Gatsby yet, but I'm dying to - I love Baz's movies, and I love Mr Di Caprio, so its a match made in heaven for me. I also love the period, so will have to sneak out and see it soon!

Happy Birthday, Romy! I saw The Great Gatsby last Thursday and I loved it. The energy in the movie was amazing. Larger than life is all I can say :-)

Nice review Romy. As a movie in general, you aren't missing a whole lot.