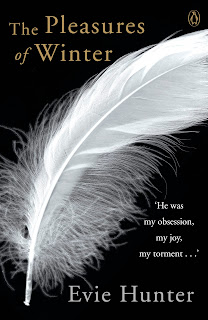 Things I discovered since I started writing Erotica


There are a lot of kinky people out there. Some of your neighbours do stuff that would curl your hair.
I used to think that all kinky relationships were the same, with a master who told the slave what to do, but I’ve learned that there are huge differences. There are lifestyle D/s (Domination/submission) relationships, which are similar to Amish marriages where the man makes all the decisions, the woman caters to him and does what she’s told.
Then there’s sessional D/s, where the couple is normal most of the time, but during a session, he’s the Dom and she’s the sub. Occasionally, a sessional couple will switch, so he’s the boss one day and she is next time.
There is a big difference in what turns individual women on. Some like submission, the feeling of being controlled and directed, while others like pain. There are a lot of women who want to be spanked or cropped or have rough sex, but only submit as far as necessary to get the spanking etc. If the Dom doesn’t understand what his sub wants, things won’t work.
A spanking should be a good one. A half-assed spanking is more frustrating and disappointing than none at all.  It takes time and patience and effort. The six spanks so popular in literature are a joke. In order to be effective, arnica is likely to be required the following day. A few swats are not use to anyone.
A good Dom has to pay a lot of attention to find out what the sub needs, whether it's submission or pain or control or a combination, and what her kinks and limits are. There should be an element of pushing the limits, but only in a way that the sub needs. Basically, it's not about being a bully or a bastard. There is a big question of who is really in charge, since it's the sub's needs which dictate the scene.
Within that, they can get as creative as they like, with nipple clamps, nettles in her panties or ginger in her ass.
Some subs like to be controlled, to be told what colour panties to wear, what time to go to bed and how long they are allowed to spend on-line. Others
just want an hour or two of spanking and challenges.
Bratting, deliberately misbehaving to get more attention and punishment, is very common.
D/s relationships have three stages:
Forming - coffee, chatting, establishing interests, boundaries, limits and building trust.
Storming - where the relationship starts and both of them are finding out how it works. Often includes bratting where the sub pushes the Dom to see how he will react.
Norming - when the balance is established and both of them are happy with it.
One of the questions all women want to know: can a Dom look at you and tell if you are submissive or not? Well, sort of. A good Dom is an expert at reading body language and picking up subtle cues. But a handy technique is simply to talk to the woman and ask her to do something. When he looks to see how she reacts. Does she do it without thinking, or does she ignore him, or does she complain that he asked her?

Thanks for guesting here today, Evie!

Thanks for being minxy today, Evie, i've certainly learned a thing or two from that post.

Thanks for letting me talk about some of the fascinating stuff I'm learning. I've signed up for classes on takedown sex, pressure points and pervertables....

Eileen (one half of Evie Hunter)

You didn't tell me we were doing more classes....