Pre-posting wail
"Why did I volunteer to go next? Why?" (goes to bang head on table but remembers in time it's made of glass). I mean I have quite enough of myself as it is, that's why I write fiction, kind of...
Introducing Lorraine Wilson aka a Romance Minx
Unless you read my blog chances are you don't know me. I'm not published other than a couple of historical articles oh, and a household tip that to this day remains a mystery. So, how about a brief highlighted tour of...
The interesting bits 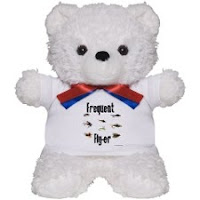 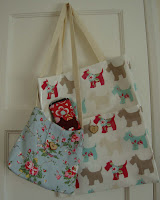 But really I'm holding out on you. It's time to give you a blogland exclusive, the never before divulged...
The real reason why I write romance
I fell in love at first sight (something I'd never believed in). I had the whole thunderbolt, 'black and white world turned to colour', floating in a joyous bubble, cliched experience.
Once I'd been converted I simply had to write about falling in love - the intensity, the hope, the pain... Plus I was coming round to the idea that there was nothing wrong with happy endings. Literary fiction depressed me and I wanted to write stuff that would cheer people up (including myself!).
I've also experienced unrequited love and I love that in the romance writing world it always ends well - the girl never gets stood up and left wondering what happened to the guy she thought was 'the one', beaten up the hero or abandoned to single motherhood forever.
Writing romance somehow rights these wrongs and brings an equilibrium to the whole messy reality of relationships. It's the breath out, the niggle un-niggled and that feeling you get when you stretch out in the sun.
That's why I write.
Post-posting postscript (try saying that quickly after a couple of drinks!) 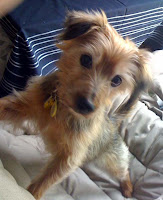 Pip (my latest rescue dog) is pleased I've finished faffing about on the computer and wants me to play with him. How could I say 'no' to that face? So if you want to know anymore about me you'll just have to stick around the Minxes blog :-)
Posted by Lorraine at 5/24/2010 09:59:00 AM

Great post Lorraine Minx! I love Pip, he's so cute. And the bags are great, perfect for carting around books in!

What a colourful, fun-filled childhood you've had, Lorraine. No wonder you're a writer! So many stories to tell (in different languages, too!). Love your bags, very Cath Kidston!

Sounds like you've got tons of great story fodder there.... And with Colin Firth added.

Those bags are gorgeous. If you're looking to sell them, perhaps you should bring a bunch to the RNA conference. I'd definitely queue for one.

I also love your reasons for writing romance. What terrible cynics we'd all become if we didn't keep faith in true love conquering all.

Sally - Thanks. Pip is cute and very affectionate.
Maya - that's the beauty of edited highlights, I can just ignore the bad bits! Thanks re. the bags, I like CK stuff, it just never occurred to me to make my own bags.
Heidi - thanks for popping by, perhaps we'll see you in person at the RNA conference???
Romy - Thank you, I am thinking of a way I might make them to sell, researching paypal and wesbsite templates is on my to do list. I'll see if I'm brave enough to bring some with me in July!

I stopped reading after you mentioned Colin Firth :-), because I'm really jealous.


He's the quintessential Mr. Darcy for me.

No, just joking, You're too interesting to stop reading.
Sri.

I love the bags!!!!!!!!
I am insanely jealous of you seeong colin firth

I didn't know you sewed! What a creative thing you are. I love the bags too! Plus that doggy is lovely. Great post, m'dear.

The bags are gorgeous - as is Pip.

Aw Pip's so cute! Talk about multi-talented, love your bags!

Cute dog. Cute bags.
And Colin Firth too. You're a busy lass and I loved reading your snippets! jx

Re. Colin Firth I was caught hanging out of the library window trying to sneak a peek as he went for lunch - didn't matter though, my boss joined me!
Thanks for stopping by guys and thanks for your comments re the bags, it's nice to get some encouragement. Pip doesn't need any encouraging - he knows he's gorgeous!