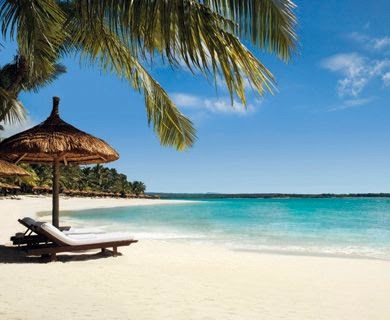 1. Tell our readers a little bit about yourself.
Hello everyone! Pleasure to be here today with ye all.  So, a bit about me? Well, I’m in my early thirties, married, mum to a tween boy & stepmum to a teenage lad – and yes, I define myself a lot by whatever role I hold in my family. Even the one of ‘undomestic goddess’; I don’t think you’ll find someone less domesticated than me. I’m on first-name basis with all the dust bunnies in my house, lol. And oh yeah, I’m also an exercise freak. Need my fix of working out everyday otherwise I really feel in withdrawal.

2. What number book is this? First? 100th? 200th?(Nora only!)
Technically speaking, it’s number 1. It’s the first story I ever wrote. 9 years ago, I was diagnosed with breast cancer and I knew I had to start living my life already and not keep dreams for ‘one day’. The dream was to write, so I started writing, and The Other Side is the story that came out. It actually got published – my first! – but then I got the rights back, wrote more stories, put this one away, and so on. When it came out again in July 2013, it launched as my 7th release.

3. What inspired this book?
I’d been through an ugly divorce a few years prior to that episode, seen some aspects of the Indian-origin society I grew up in that I never suspected existed (like stigma and gossip). So the starting point was very much my own experience as a Mauritian of Indian origin whose marriage to a British man broke down and she returned ‘home’. That’s how Lara, the heroine, came into being. They say there’s a good deal of autobiography in any author’s first book, and this was very much the case for me. Still, that’s where the similarities end; Lara and I do not take the same path, at least not romantically.  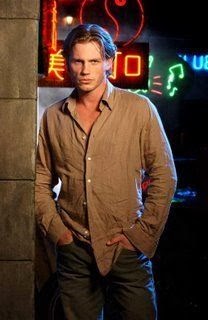 4. Who or what was the inspiration for your hero?
I have a thing for blond, blue-eyed men. Must be because most of the men I get to see in Mauritius, where I grew up, all have dark hair and eyes. There’s something exotic about blond and not-brown eyes, lol. So, of course, my first hero (I didn’t plan to write more than one book at the time) had to fit this profile. He also had to be totally adorable, and what’s cuter than a man good with children? Thus, Eric became a paediatrician.

But it’s true that I also work a lot with a set ‘template’ for a character, mostly to help me picture him/her better when I imagine my scenes.
Eric Marivaux thus ended up looking like soapie heartthrob Forbes March. That smile? The approachable look? Killer bod? Oh yes, I’d found my hero, all right! 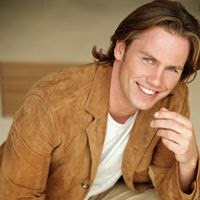 5. Which of your characters would you most like to be?
This is gonna sound scary, but here goes...  I wrote a series called Corpus Brides. It has an espionage slant – think Nikita but from a totally autonomous agency that answers to no government. The focus is on the female spies from this agency. Book 2, Before The Morning, (which also works as the prequel to the trilogy’s main plot), has a woman named Rayne Cheltham as the heroine. She’s the agency’s best assassin, code name Kali. Kali is pretty much a swift, efficient, and lethal sociopath with no qualms to kill – she’s only ever sent out to finish a target.

So, spooky thing – if I could be someone for one day, it would be Rayne. She’s got this brilliant, Sherlock-type mind that processes everything at warp speed; she’s super-fit and trained in all sorts of martial arts; cool, composed, and poised; and she has the most amazing of heroes as her man, Ash. Rayne also comes from a big, boisterous family (something I yearn for!), but it’s Ash who keeps her grounded, keeps her human, so to speak.
It would be a huge challenge to be someone like her, all those facets and having to balance them all.

6. Do you have a writing routine? Do you write every day, and is there a time of day that works best for you in terms of being productive?
No routine as such; I just park myself down on the chair, open the doc, and start typing. More often than not, I’ve already ‘day-dreamed’ the scene for days on end and writing is simply me putting the sequence on paper (or screen).

No, I don’t write every day, though I did do it during my first ever Nano in 2013. I also work as an editor, so I have to split my time during the week (weekends are sacred family and R&R time!) between edits and writing. More often than not, I single out 2 days in the week and keep those only for writing, like 3-4 hours straight.

And I prefer to work in peace and quiet, which I get during the day when the kid is at school and hubby at work. I suppose if push came to shove, I could write at other hours of the day, or night, but this slice of late morning-early afternoon suits me best. Basically, just give me at least a couple of hours with no interruption.

7. How long does it take you to complete a book?
Depends on how many days of the week I have assigned to a project. A typical writing day can see me produce 3-4 thousand words on a story, so the minimum of 2 days per week has me write about 30,000 words in a month. But if I’m on deadline, and/or my editing work schedule permits, I can dedicate more days to writing, and the word count goes up. I guess it depends on the stakes. Like, for Nano, the goal was 50K but I ended up getting 77K in about 25 days, because I wrote every single day.

It also depends on a project. Stories in my Daimsbury Chronicles series (small town romance set in Surrey, England) are rather shorter books, around 15-20K, so these can take me 2-3 weeks to finish. Longer works around the 100K ballpark will need more time.

I also don’t factor in things like writer’s block – to me, you just have to power through the block. I visualize the scene as much as possible before writing it – it’s my mind palace (yes, I’m addicted to Sherlock!) and I do my best to work over every issue and problem in there before I put my fingers to the keyboard. It enables me to keep up a consistent word output then.

8. Are your family and real-life friends supportive? If so, in what ways? If not, do you have another support network for your writing?
My parents and in-laws don’t really much have a clue what ‘being a writer’ implies – I suppose they think it’s like in the movies: I sit down at the keyboard and just pound away, then at the end, I have a book.  They know research is involved, because they have asked me, “How did you write this topic you’re not supposed to know anything about?”

But my family – hubby and the boys – are really the gems in the whole picture. They know that when I’m writing, they should go kill each other away from my ears, and that I’m not available for whatever (except if they’re bleeding or throwing up!) when I’m at my keyboard. During times when I’m working to a deadline, hubby will man the kitchen or get take away so I don’t have to cook, and that’s a huge help. Plus they know to not be worried when I suddenly go quiet and drift away in my head to a story idea; they’ve grown used to that now.

As for friends, my bestie – who however lives in a different country – is my biggest support ever. She’s my cheerleader, my sounding board, my shoulder to lean/cry on – I’d be lost without her. Also an author, she totally ‘gets’ me when I’m having plot or character trouble, and thank goodness for that because the guys here look like deer caught in the headlights when I am ranting away about ‘uncooperative characters!’

9. Do you connect with your readers at all, and if so which is your favourite platform for reaching them?
I love catching up with my readers – there isn’t much I like more than this, actually. There’s this huge rush of pride and affirmation to get to speak with someone who has chosen to share into what you are offering to the world through your words.

Because of an uncooperating ISP, I am no longer that much on Twitter (though I hope this will change soon when we switch ISPs here next month), so I don’t get the chance to interact with readers there. Thanks to time constraints and basically, life, I’m also not as much as I’d want to be on my blog.

So the remaining platform (and that I know how to navigate in, lol!) is Facebook! That’s where I am most of the time. Readers can friend me or just follow if they prefer – most of what I post is Public, anyway. They can interact with me there, PM me.

And if all this fails, let’s get to basics – email! I’m just a click away at this addy zeemonodee@hotmail.com By now, you’ve prolly realized I love to talk, lol, so come on, talk to me. I promise I always reply.  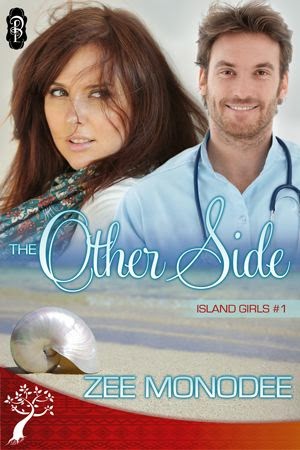 Lara Reddy is fleeing London. After her husband dumps her and she bumps into him and his pregnant new missus, she jumps on a prestigious job offer. The kicker? The job is in Mauritius, the homeland of her Indian-origin parents, and a restrictive society she ran away from over a decade earlier.

Divorce paints a scarlet letter on her chest when she returns to the culture-driven island. Once there, Lara has no escape--not from the gossip, the contempt, the harassing matchmaking...and certainly not from the man she hoped never to meet again, the boy she’d loved and lost—white Mauritian native, Eric Marivaux.

In the past, fear of social repercussions from the sectarian crowd her family belongs to kept her from giving her all to Eric. Will standing on the other side be the impetus she needs to take a chance on Eric and love again?

The Other Side is available from Amazon, Amazon UK, and direct from Decadent Publishing.

I love the sound of this story, Zee! Thanks for going minxy for the day. :)